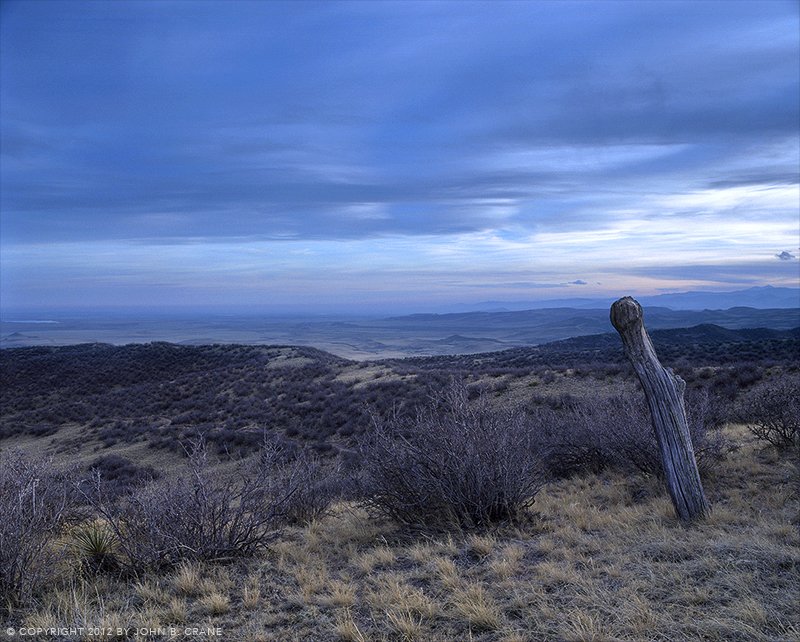 I went on one of my 4042n jaunts last Saturday, this time to SoapStone Prairie Open Space, a relatively new area at the extreme edge of Colorado. You can cross into Wyoming on one of the short backcountry trails. Having decided the goal for the day was to record honest images, I headed out with a pack full of Portra 160, some Ektar, some Delta and of course Tri-X. 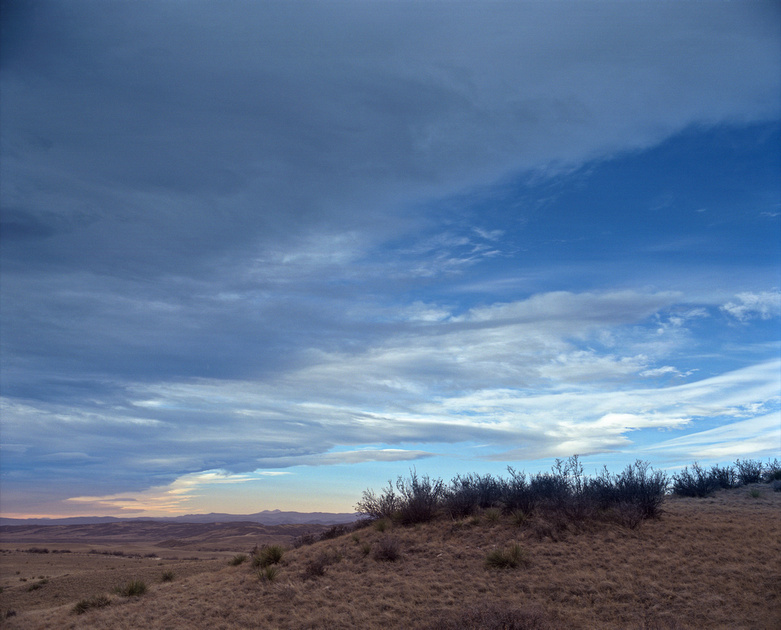 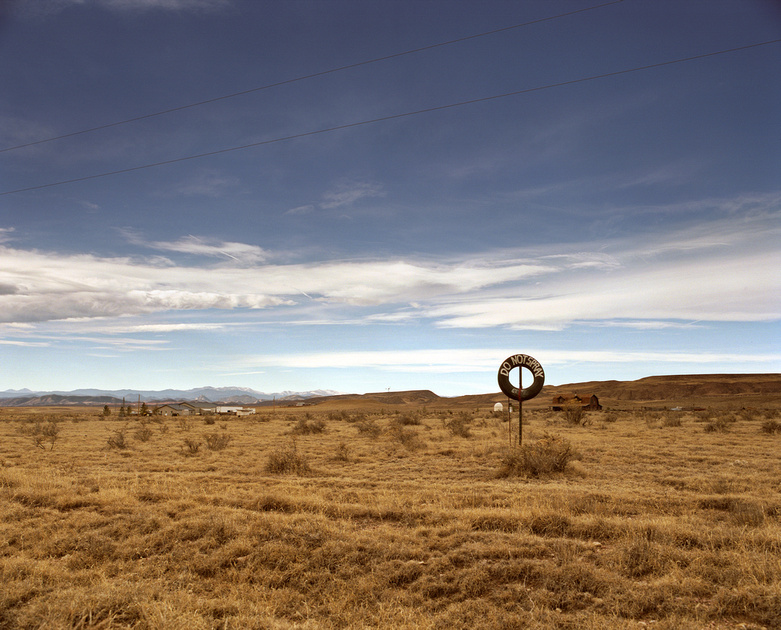 An honest image means medium format, 120 fine-grained, color negative film to capture every bit of nuance, every slight tonal variation, every bit of every square inch of everything in front of your fixed, focal-length (non-zooming) lens as you stand behind the tripod with the cable release in hand and trip the shutter. An honest image means waiting. It means looking intently for composition and it means missing. It means seeing a shot and not being able to frame it properly and passing it by, but allowing it to burn into your brain for next time. 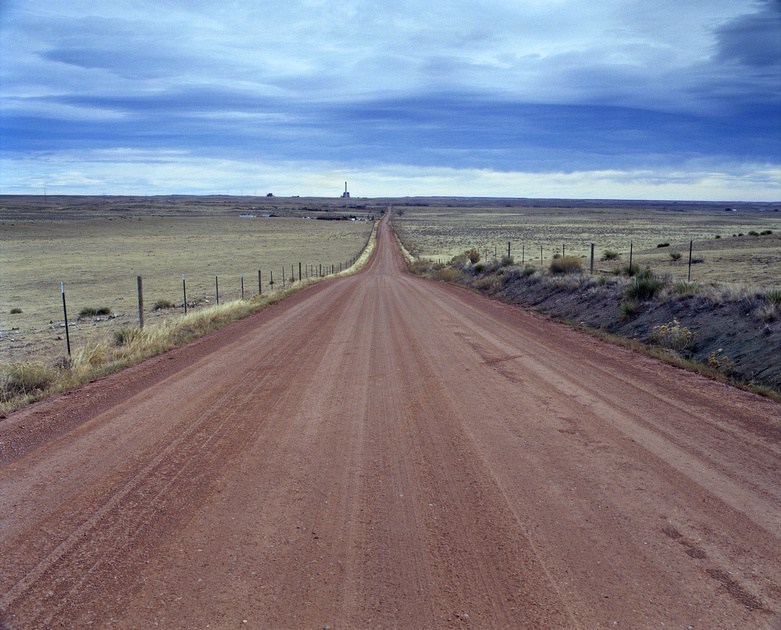 An honest image means it fits the subject matter. Northern Colorado and southern Wyoming aren’t Disneyland. The land is muted, earthen hues. Greens, mauves, ochres, tans, cobalt blues, cadmium reds, burnt sienna’s; big skies, small plants, ugly rocks and lots of wind. It’s bright, sunny, high-altitude light out of dynamic range praying for a cloud to drift between the sun and the earth to make a shot. An honest image means driving for hours and stopping in the middle of an unmarked county dirt road to turn around to make a shot that you pray you can make before a car comes over the hill and… because with the wind blowing and the hood on your Carhartt up you can’t hear anything more than 3 feet away. An honest image means getting dusty and dirty kneeling down in the the ditch. It means chasing your hat across the prairie when the wind takes it. 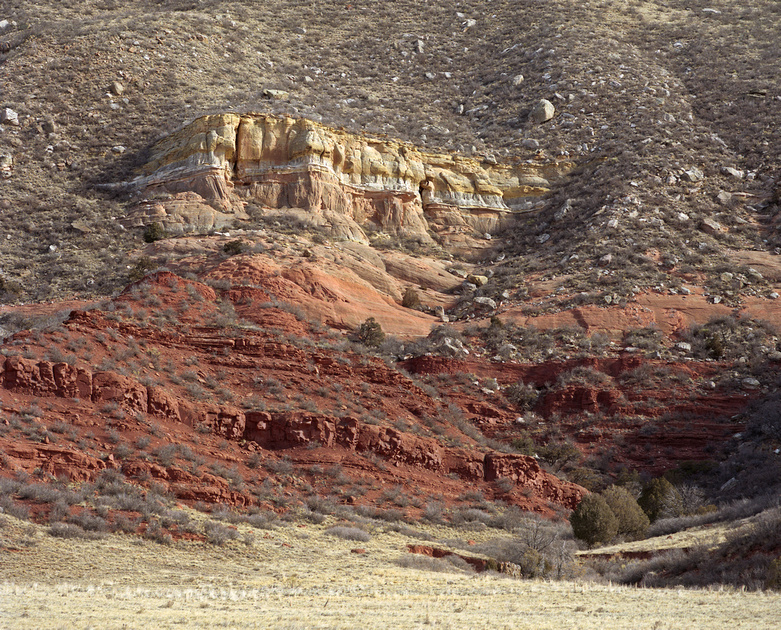 An honest image means no trespassing. It means closing gates behind you and honoring the mandate to stay on the trail – and missing the shot you want because you did. An honest image begins an hour before sun up and ends an hour after sun down. It means a last tilt of the thermos of tepid, too-strong coffee for something to drink at the end of the day. An honest image means washboard roads, AM talk radio, bugs in the radiator and chipped windscreens. It means nearly running out of fuel and paying too much a gallon at the nearly closed, sporting good-convenient store-fast-food chain-delicatessen-truck stop-fuel mart that smells like burnt coffee and is out of TP.

Post-Lude: In the spirit of “honesty,” this post was first published in my previous blog, written when I was shooting a lot of medium format film. Images in this post were not made with the Nikon F6 on 35mm film, but the Mamiya RZ67 on 120 (medium format) film. Not that anyone cares – or would ever know.