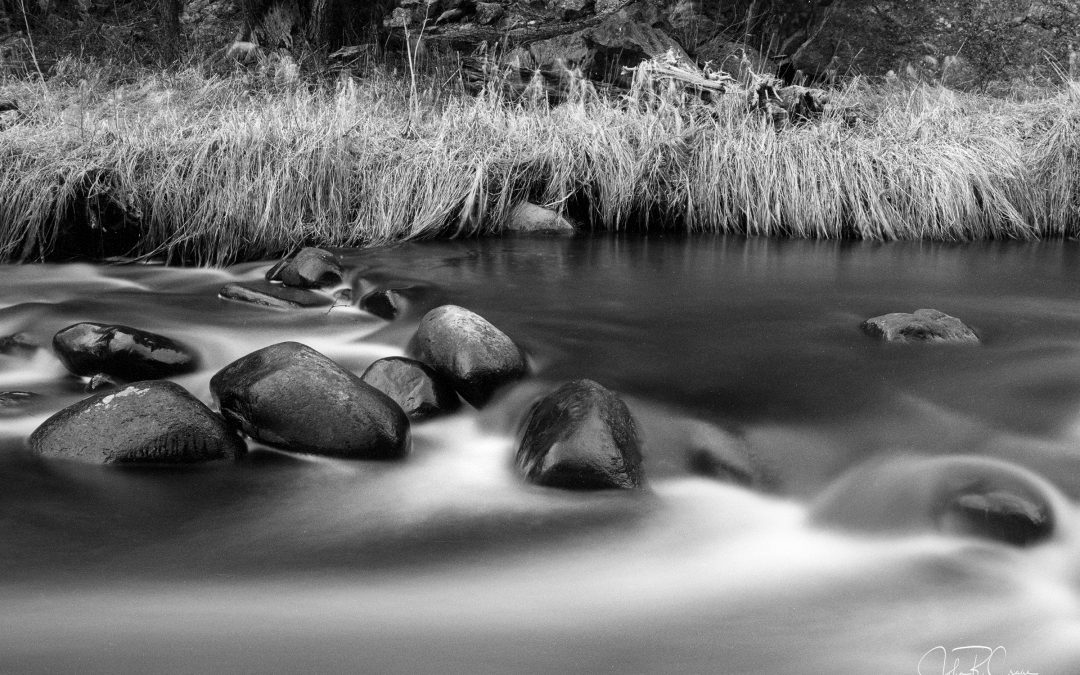 Recently I had the privilege of contributing to a unique and creative project called River Music, by David M. Merritt of Moonlight Studios. David is a hydrologist, and through the miracle of creativity and technology, used flow data from four separate rivers to produce music.

The result of this effort is called River Music, featuring ‘scores’ from the North Fork Cache La Poudre River, Saint Vrain Creek, the Yampa River and the regulated Green River with individual expressions of their flows converted to music.

David’s request, just around the time the pandemic first appeared, was to use several photographs made of the river as part of a visual while the music was playing. I’ll confess I didn’t at first really understand the concept, but creative efforts – the more unusual the better – fascinate me and I was instantly on board.

Unfortunately, due to the pandemic, the original exhibit was postponed, until recently. I received a message from David saying it was back on, and the Colorado State University Hydro Exhibit at their Spur Campus in Denver. Being a CSU alumni made it even more pertinent, and after having forgotten about the project for nearly two years – was thrilled to hear it was back in play.

The imagery was made over several years, during several seasons. The F6 was used for much of the imagery, Ilford PanF the film choice, and long exposures the norm. The goal was to show the river flow itself as the stream of organic matter it is rather than contextualizing it as a river. Allowing the flow to freely pass through the scene with the shutter open further distinguishes it from surrounding grasses, rocks and trees – all of which derive their existence from the force flowing around and through – but are all together different characters in the score. Sometimes neutral density filters were used to extend exposure even longer, smoothing out the river into a barely distinguishable, abstract form – unrecognizable as a river if not for accompanying props providing hints what the frame contains.

Other frames on other days were made with my medium format camera, again on Ilford film, this time using a mixture of Delta 100 and PanF.

The resulting images accompany the second music score shown in the link below, beginning around the 6:30 mark.

This project perfectly exemplifies what I aspire to and hope for in creative collaboration with other artists. To be contacted by David, and have these photographs become part of a longer-standing installation accompanying his uniquely creative efforts brings great joy. The fact these images were made on film accentuates satisfaction of the creative process and elevates the uniqueness and artistic value.

I invite you to visit River Music: Four Rivers Expressed as Music by Their Flow Regime here. When a date and time become available to visit the installation at CSU’s Spur Campus this article will be updated.