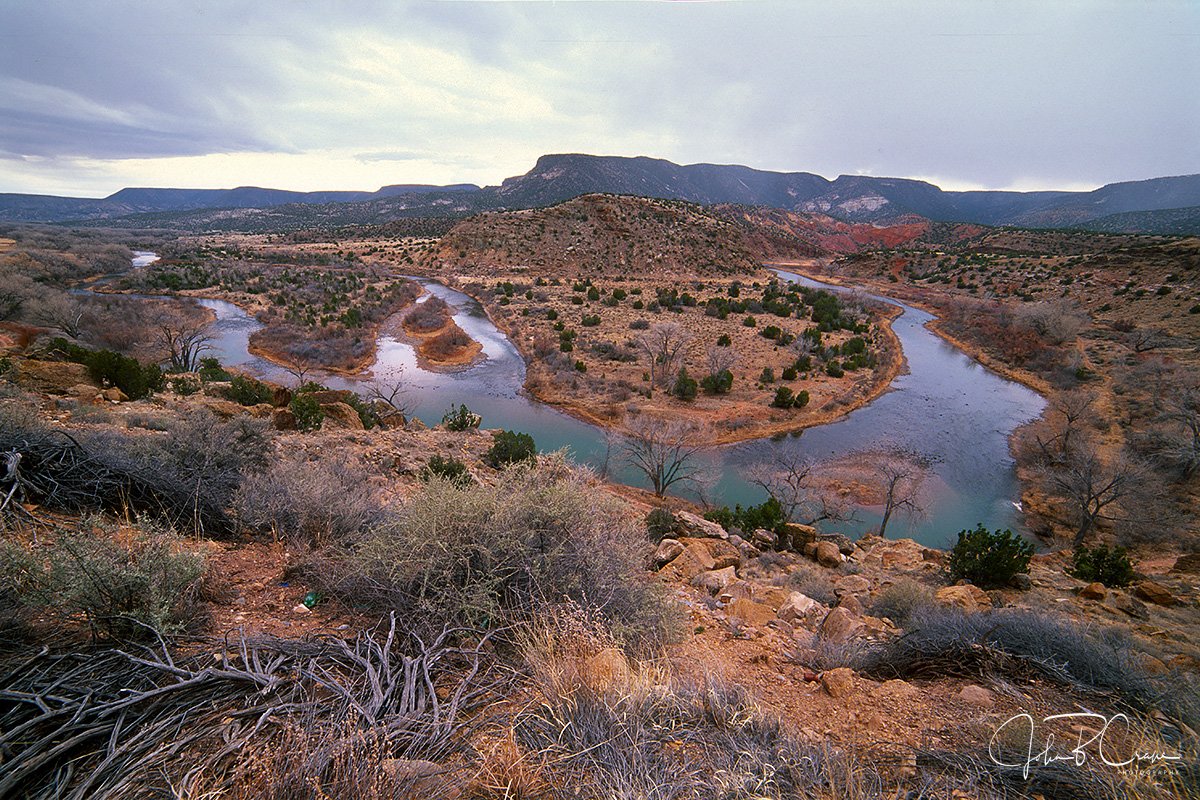 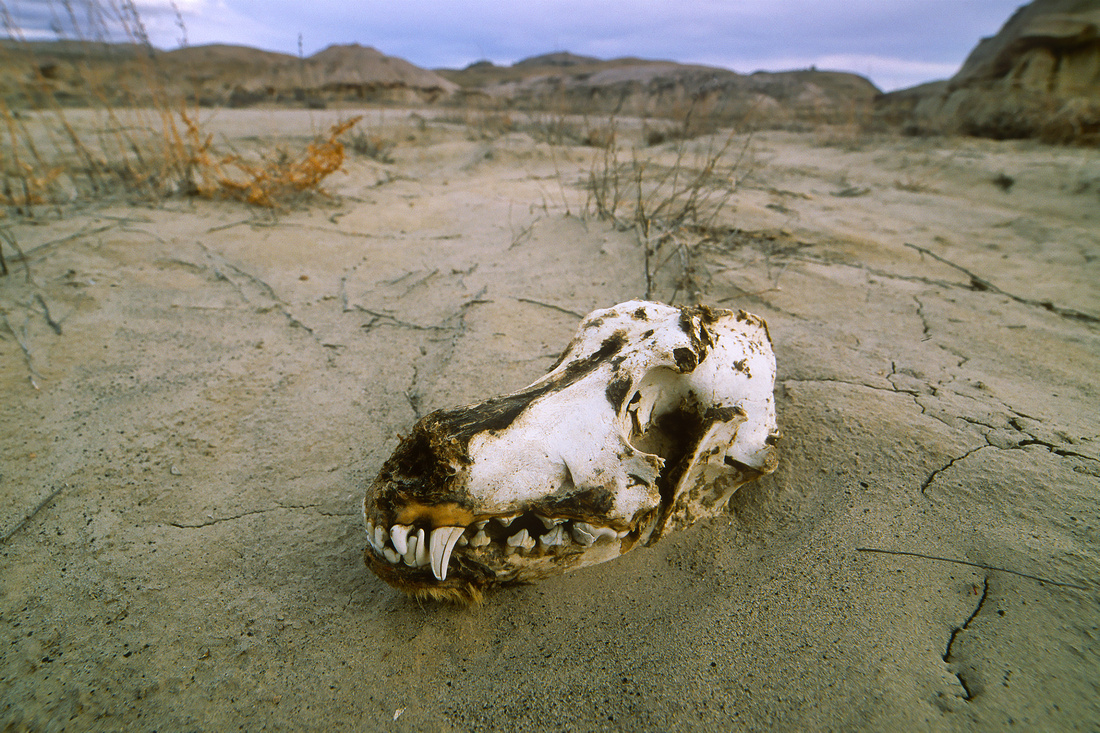 Bisti/De-Na-Zin Wilderness, New Mexico. I am on my belly, as close to the front of the skull as I can be without touching the front element to his furry snout. This thing is w-i-d-e.

This past February I returned to New Mexico’s Bisti Wilderness in search of dramatic skies. Armed with the F6, a freshly repaired 645 ProTL (thanks to Dave at Key Camera in Longmont) and lots of Velvia I was in search of drama. Watching the weather for two weeks before had my imagination racing. There was a big system due to hit the Rockies from the Pacific northwest and it looked like either the trip would be scrubbed – or – it was going to be perfect. 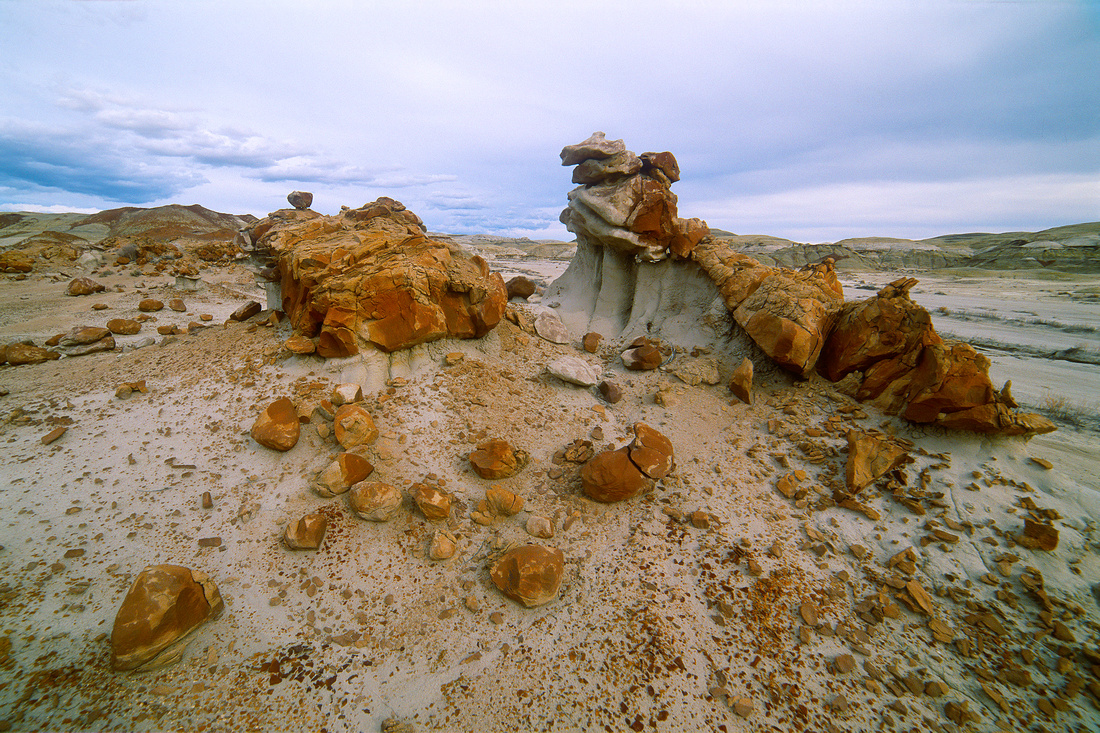 Enter the iPhone’s numerous weather App’s. My friend Dan turned me on to Dark Sky, and easy-to-use, paid app providing weather and satellite updates through a great UI. According to the satellite it looked like the southern tip of the storm would camp out just north of Farmington, New Mexico. The Bisti is about 40 miles south, making views of the storm great – but hopefully dodging the mud caused by excessive rain. You don’t want to get stuck in the mud in the Bisti Wilderness. 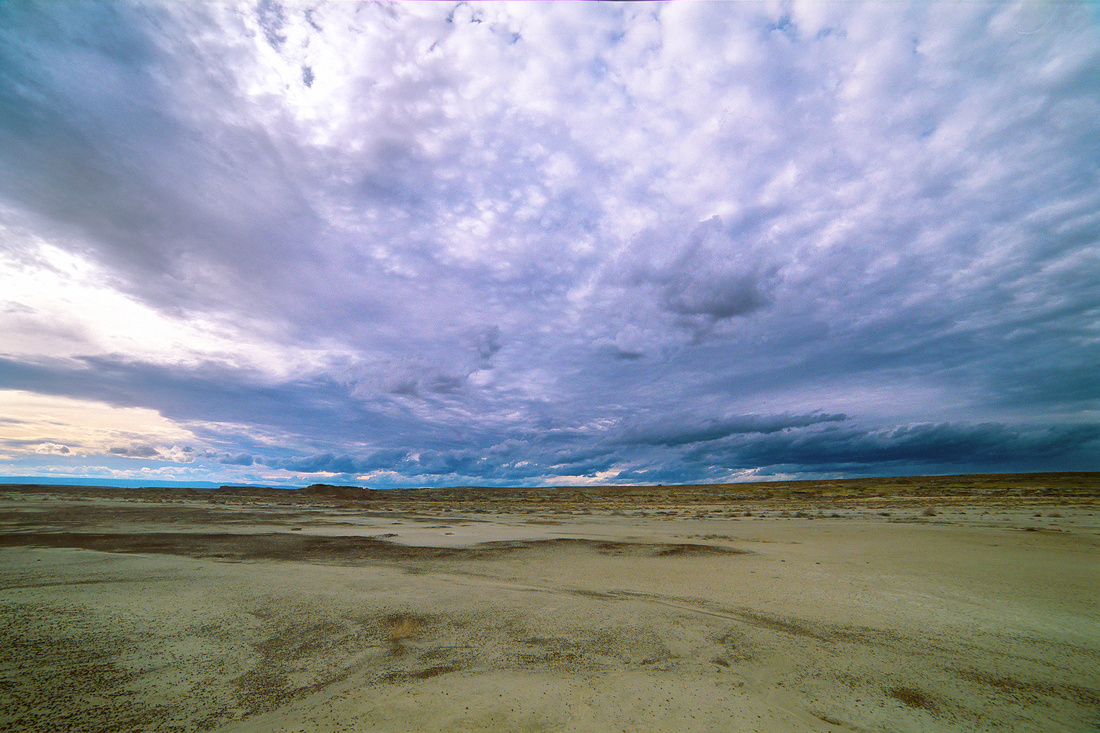 Dramatic skies are even more dramatic with the super wide 14mm Rokinon. 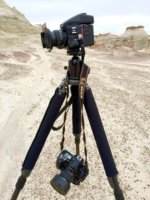 As the weather picture solidified so did my plans and things looked good. At the last minute my buddy Mark offered up his new Rokinon 14mm. Now, you have to understand I’m a bit of a snob when it comes to gear. I’m not proud of that; it’s just the way its been. So my first inclination was to say “thanks but no thanks.” I’d mostly planned on putting the Mamiya through its paces and wasn’t that interested in adding more stuff to the already full bag. Then I reconsidered, remembering one road and one shot in particular that might really benefit from it (the shot atop this page; Rio Chama just below Abiquiu Lake, New Mexico). We were there a few years ago and I just couldn’t get the composition I was trying for with my already wide 17-35 (Nikkor).

Because the weather was rapidly changing the decision was made to push up departure a day early. The Rokinon hadn’t arrived via UPS and I was a little torn… Then – literally at the last minute as I was backing out of the driveway – the big, brown truck turned up the street and I was handed the package. I was all set. 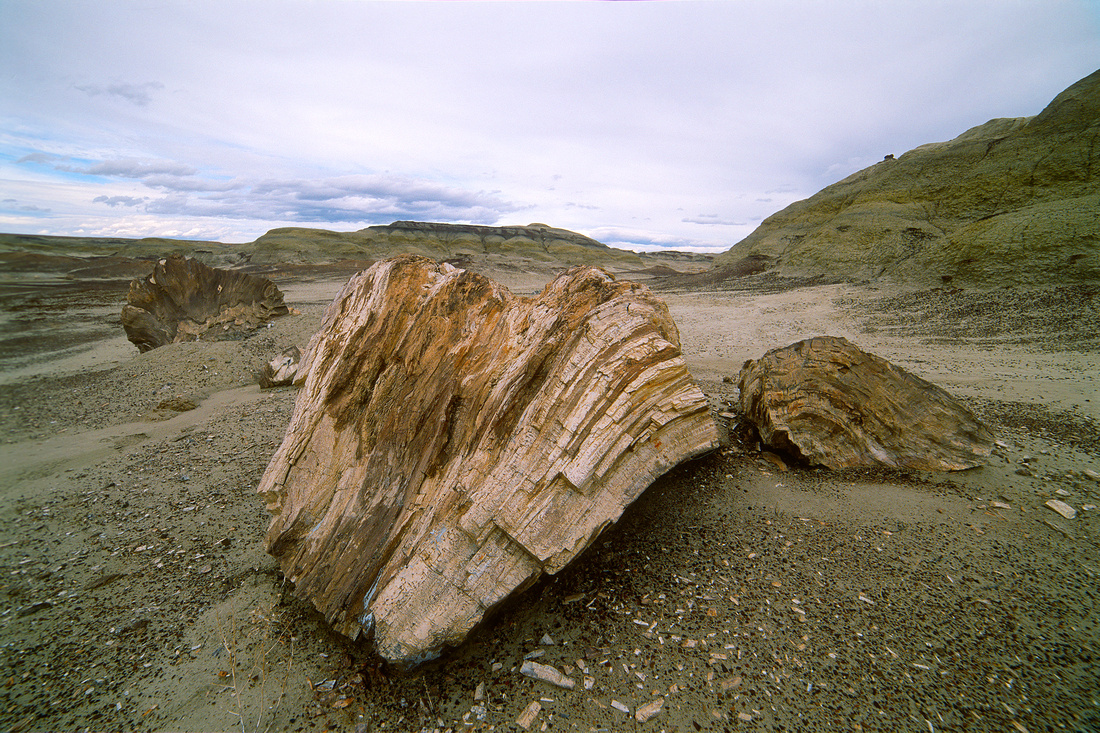 Bisti/De-Na-Zin Wilderness, New Mexico. As you work with a 14mm lens it’s easy to understand how front elements are damaged.

I didn’t open the box until two days later in the parking area at the Bisti. My first impression of the lens was “holy cow!” I think I even said that out loud. It’s a very impressive piece of engineering. Well built, solid and tight. It’s attractive too – if that means anything to you. But the most impressive feature is the GIGANTIC bulbous front element emerging from the front of the lens. Right away I knew I was fortunate to have it with me, but man – I was little nervous about doing anything to that perfect, HUGE front element. Fortunately the lens has a solid, molded butterfly hood build around it and an equally solid, plastic lens cup (not a cap per say, but more of a cup) which fits snuggly over it all to keep it protected. 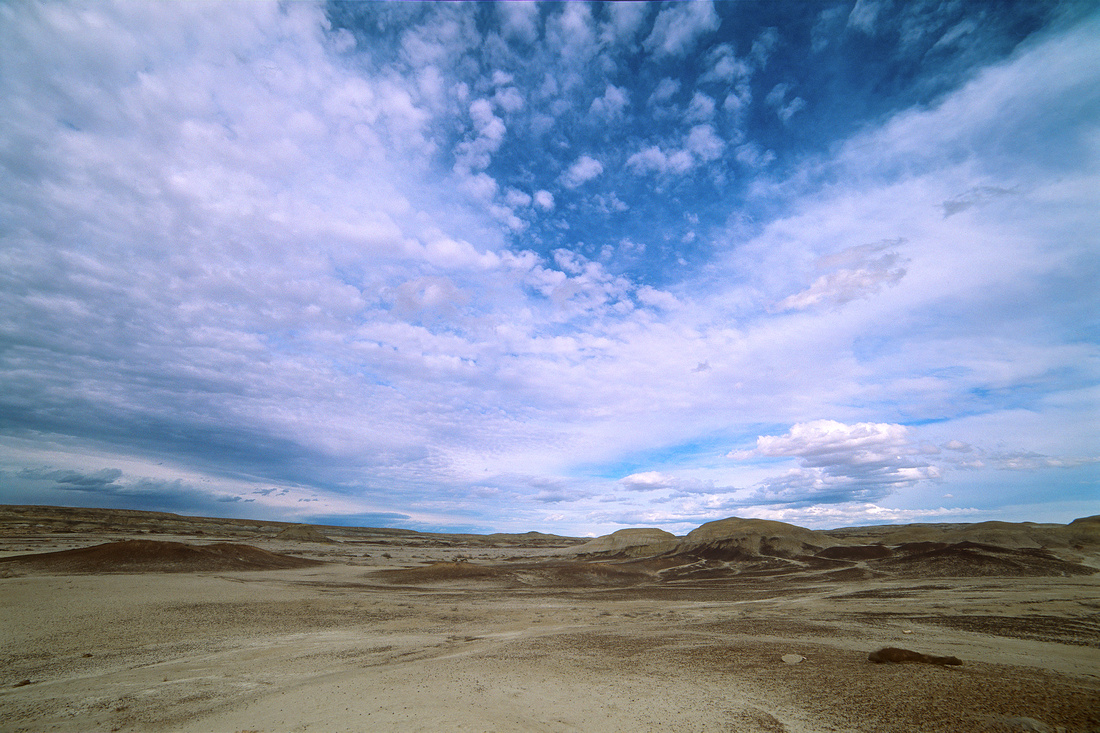 Active skies in the Bisti are worth the colder February weather.

Overall I would rank the lens an incredible value at the listed $320. But when you compare it to Nikon’s equivalent 14mm lens at over $1,800 – it’s a no brainer. To be fair, I haven’t shot the Nikon 14mm to do a head-to-head comparison. All I have are the images made with the Rokinon. It’s manual focus and is chipped to indicate when the shot is in focus, as well as pass info through to EXIF. The Rokinon is not a G-style lens, meaning it has an aperture ring so you can use it on film cameras older than the F5, and it does have some vignetting, but it’s easily correctable. I’ve read some reviews indicating sharpness varies copy to copy, but my experience was extremely good. I’ll let the pixel peepers debate things like edge sharpness and let you decide if the image quality is good enough or not. I’m pretty sure of this: when the time comes for me to go ultra wide with 14mm I’m saving the $1,500 and going with the Rokinon.