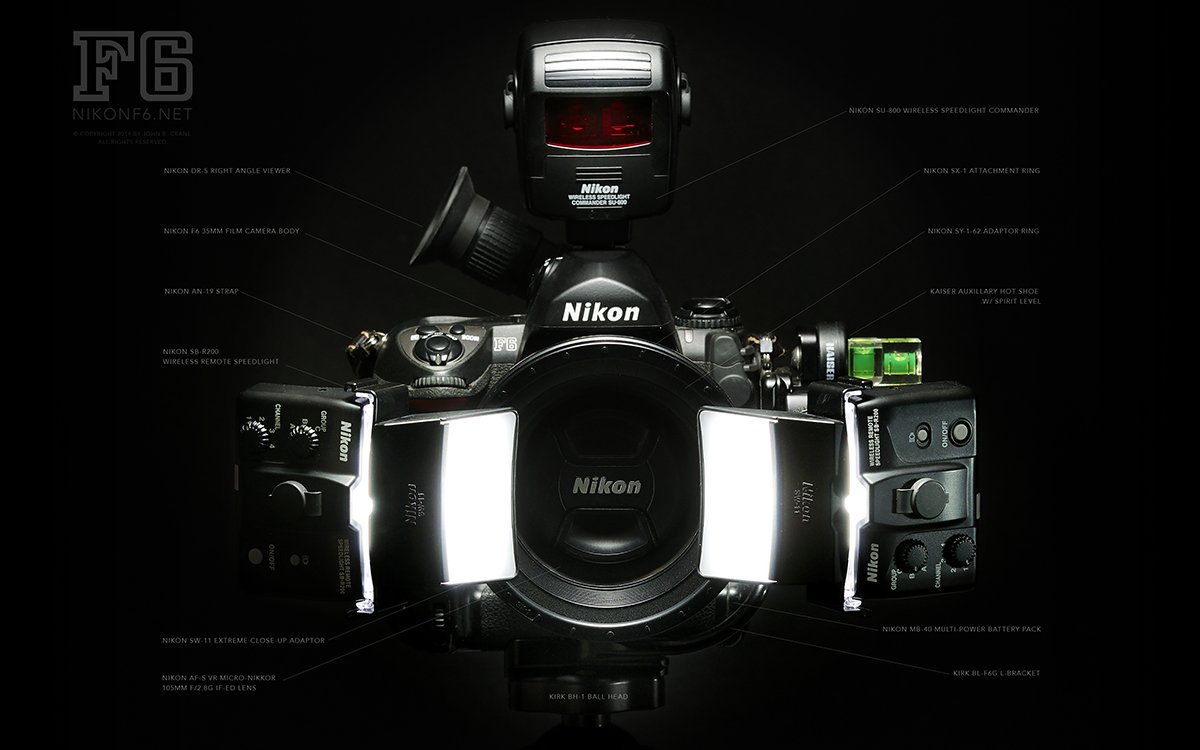 Since purchasing my F6 new in August of 2008 it has traveled all over the place with me, mainly in the United States, but also in Haiti’s extreme heat and humidity. Its been in the rain, dirt, mud, dust, desert, forest, mountains and just about every other place you can think of. The camera has been pulled out of and stuffed into a bag or crate countless times. I’ve run close to 400 rolls of film through it – not epic by heavy shooter standards, but not too skimpy either. So even though the shutter is rated to an astounding 150,000 actuations (I haven’t even used a 10th of its shutter’s life span), the rest of the camera has begun to show some wear and tear. There’s nothing glaringly wrong with the camera, except the sub (front) command dial missing more often then hitting when rotated – but after reading a few scary threads on other blogs about serviceability, availability of parts, etc. I decided to have it done while there was still the opportunity to do so. Even though these cameras are built to last, nothing lasts forever. With use everything eventually breaks, wears out or needs maintenance of some sort. Being a preventative maintenance guy I believe in taking good care of things. On top of these reasons, I’ve wanted to have the modification to accept pre-Ai (F-mount) lenses made on the F6 – before it became impossible to get parts. What follows below is an account of the process, beginning with the most recent update and growing older the more you read.

Today – 22 days after the F6 left here for its journey to the mother ship in California for servicing – UPS rang the doorbell and handed him back to me. He was packed in the same, original gold box and all original packing material he left here in three weeks ago. Upon opening the box I was delighted to see him safely cradled between the two, form-fitting cardboard inserts he originally arrive here in back in 2008, wrapped in the same, plastic bag. I’m happy to report he’s back to his old self and looking rather smart; better than ever. Nikon Service did an excellent job of cleaning, adjusting, and servicing the camera. They: 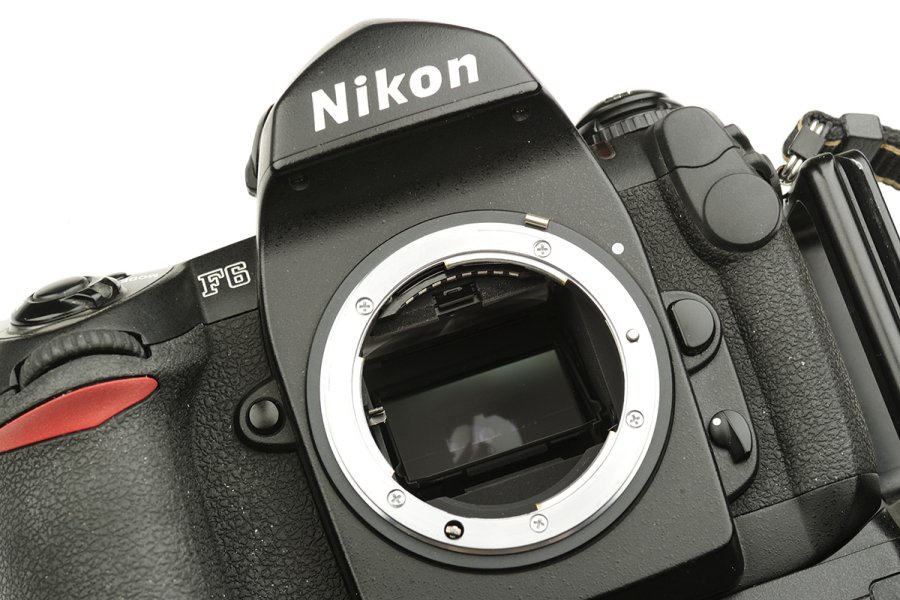 This is what the F6 looks like with the Pre-AI modification made to the Aperture ring mount. Much like the Df, the small, metal tab folds down without the need for an additional pin as found on the F4 and F3. 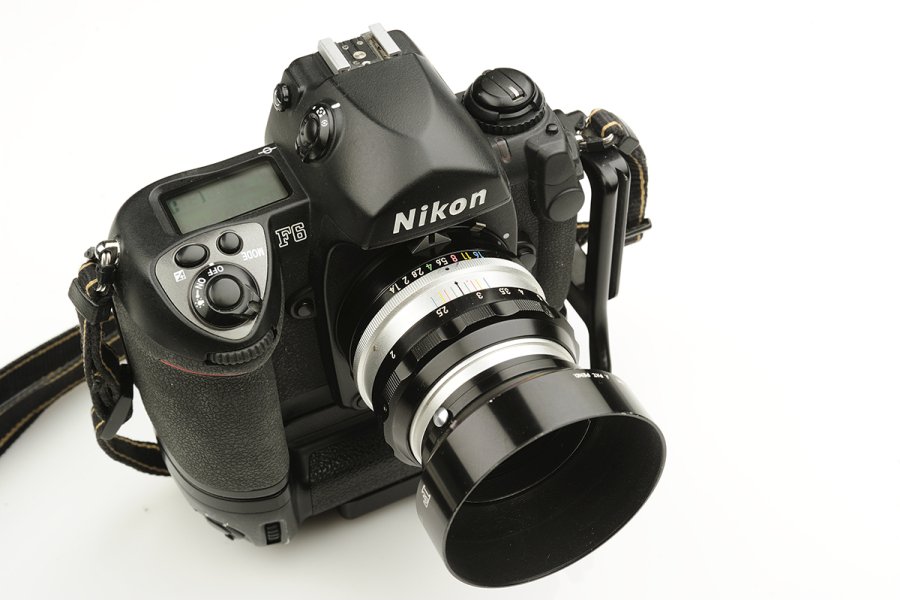 The executive summary: I’m extremely pleased with the job Nikon Service did on my F6. They made me validate the camera was purchased new, in the US (even though there is a “Nikon USA” sticker on the rear, flip-down door) before performing service. The parts hold was about 1 week, and upon completion the shipping was next day. Who could ask for anything more.To anyone considering sending your F6 in for repair – especially if you bought it new in the US, and can prove it – do not hesitate.

Thus far I am very impressed with Nikon Service. This morning I received a e-mail from the gentleman coordinating my repair with Nikon Service informing me that there was in fact a way to preserve the data on the camera, and the repair should be completed by today. Having forgotten to extract the last 10 rolls of data from the camera before sending it in for repair, this was great news. Coming unsolicited, by the way, after I’d told them to proceed yesterday. So high marks for being proactive and willing to accommodate requests on the fly.

The camera has been on Parts Hold for a week. I just received word today it should be completed by tomorrow. As suspected, replacing the battery does reset the number of rolls the camera has recorded to zero. This is something to be aware of when purchasing a used F6 if you’re using the roll count to gauge the age of the camera. If the internal battery has been replaced, the counter begins again at zero. There is no way to prevent this.

After a reminder from my friend Andy in the UK I used Nikon’s web-based system to request replacement of the internal battery while it’s there for service. The current battery functions – but I figure I may as well replace it while the camera is being worked on. This raised the estimate from $115 to $170. Well worth it. TIP: If you need to reset your film roll number go to: SET-UP\Shooting Data\Film number: and re-enter the number of rolls in the camera. This is both good and bad: Good if your roll counter accidentally resets to 0. Not so good if you’re buying a used F6 and are counting on the number of rolls the camera has exposed to determine the age of the camera.

LATER in the same day…

Great news. The repair estimates have come in much less than anticipated.: $114 to CLA and replace the grip. Another $50 to modify the aperture ring mount to accept pre-ai lenses. I was happy to authorize and pay for the repairs immediately. I’ll keep updating through the process and conclude with an unwrapping video when the camera is returned. I’ve been “investing in” some pre-ai lenses this year as I build out my F/F2 kit and am anxious to mount them on the F6. 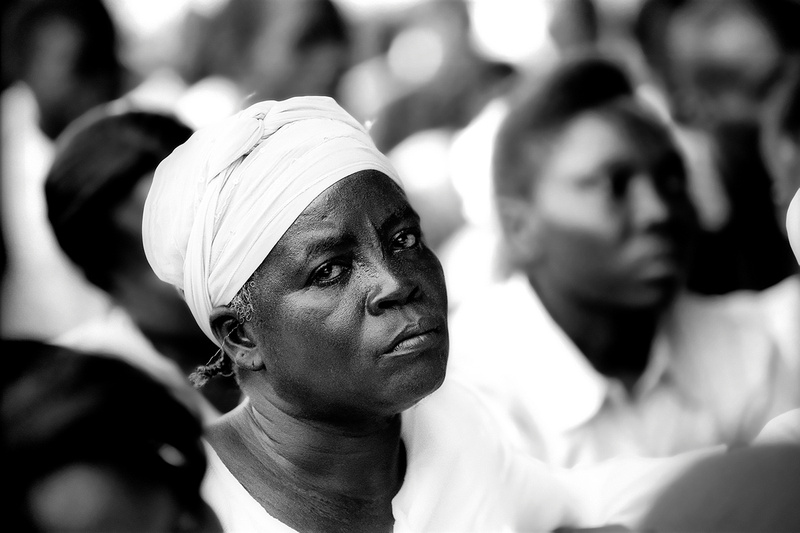 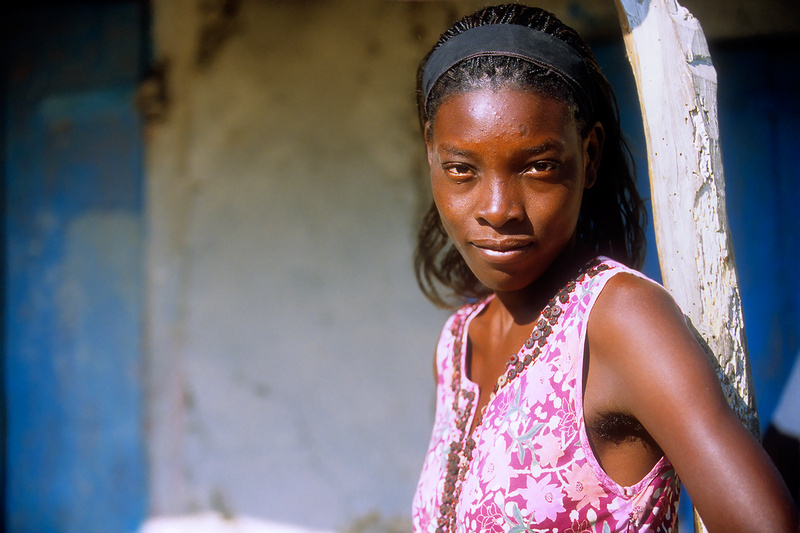 So after 7 years of moderate use I (a little reluctantly) decided it was time to send him in for a little TLC. This blog post will track the process of having the F6 serviced by Nikon and hopefully be of some benefit to anyone else who’s contemplating having their F6 serviced, now or in the future. 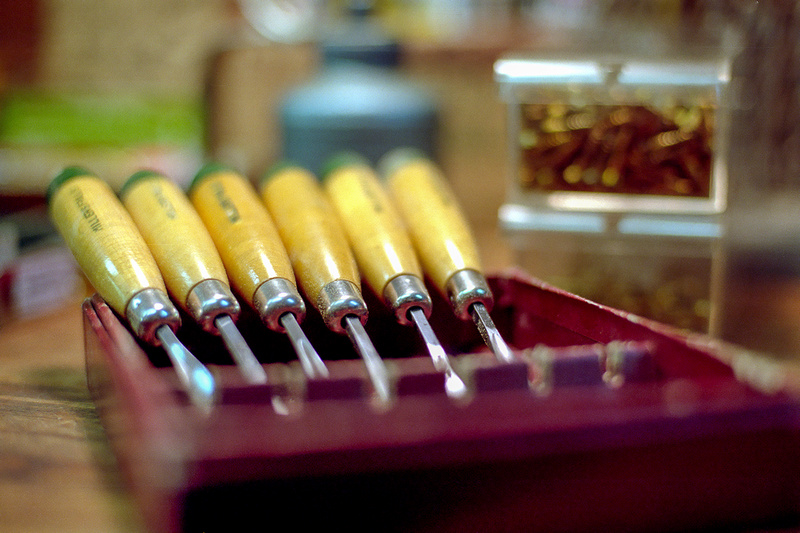 Getting it ready to send:

First off, “sending him in” means sending the camera to Nikon’s Service Center in Los Angeles, California. Being in Colorado – Los Angeles is the proper service center.

Being a NPS (Nikon Professional Services) member, I decided to go through the NPS web site to set up the repair and print the packing slip. The NPS literature states that being an NPS member provides preferential treatment so I figured hey, why not. I filled out all the requisite information in the web form and printed it out. Always keeping original boxes, (much to the chagrin of my office) I carefully packed the F6 body in its original packaging materials, minus the strap, MB-40 grip and any batteries. I included the body cap, wrapped the camera in the original plastic bag it came in and placed it carefully in the cardboard cut-out form cradling the camera top and bottom, then slipped the golden, exterior box around it, then placed the whole thing in a corrugated cardboard box with a thin layer of bubble wrap around it. I sent the package USPS Priority Mail, trackable and insured for $2,500 which would cover the cost of a new one if the postal system lost or damaged it. It cost about $48 to ship it one way. It would have cost another $20 to ship it UPS.

The package left Colorado on a Wednesday and arrived in California on a Saturday. 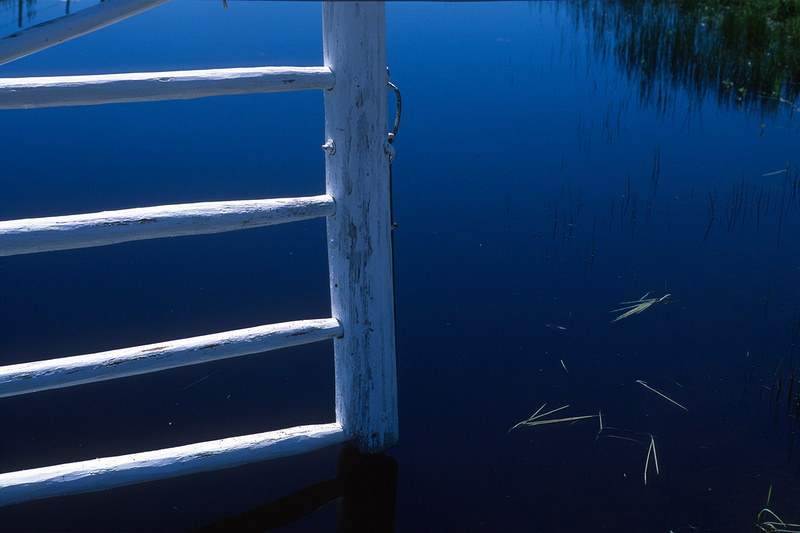 After a few days of waiting I called the Nikon service center [(800) 645-6687, Option 1 for English, Option 5 for repairs] and made it through to a helpful, intelligent human who was able to peer into the Service system. My camera had not been “entered” yet, and he suggested I called back in a couple of days.

That puts us at today. A second call produced a second, helpful, intelligent human who peered into the system again and told me the camera was received, but listed as “non domestic.” I asked her what non-domestic meant to Nikon service and she told me I had to provide proof of purchase in the US for them to repair my camera.

Thank goodness I keep important receipts like that – even from 2008. I went into the storage area of my office and after 5 minutes (and feeling pretty proud of myself), produced the original sales receipt from B&H Photo, dated August, 2008. The document was scanned, then attached to a reply e-mail from Nikon.

A follow up call (call number 3) put me in contact with the original gentleman from earlier in the week who said he’d personally make sure the document was forwarded and provide an update soon. He did both of those things, and Nikon has agreed to now look at my camera.

My account with Nikon now reflects this repair on-line and I’m able to track status via a service order number. Just as importantly I’m able to communicate (presumably) directly with Nikon service through this portal additional details as necessary. In an effort to clearly communicate my hopes of the F6’s visit to Nikon Service, I was told to send an e-mail through their system and it would be posted on the service center’s web page, which it was. Here is the e-mail I sent:

Thank you for repairing my Nikon F6. Below is a list of items I’d like you to provide pricing on:
1) Clean, Lubricate and Adjust (CLA). The camera is 8 years old and has never been serviced.
2) I’d like to have it modified to accept Pre-AI lenses. As I understand it, this is accomplished by installing the same folding, metal flap/pin assembly on the lens mount similar to that found on the F4 and F3.
3) I’d like the grip replaced on the entire camera. It has come loose on the front-right extruded handle (by the battery compartment), and also on on the back door. This allows moisture and dirt in the inner workings of the camera. The rubber grip has repeatedly come loose on the back door where the right hand grabs the camera. I’d like this replaced.
4) The small rubber collars surrounding the  AF-On/AE-L button on the top-right of the camera, and the same on the top left of the camera surrounding the BKT buttons. These have gradually torn and worked their way loose. I’d like them replaced.
5) The Sub-Command (front) dial on the camera often misses when it’s rotated. So it rotates freely and fine – but does not effect change often times when rotating. I have used the Custom Settings Menu to swap Main and Sub Command dial functions because of this. I’d like to know what it will take to have the proper level of functionality restored to the dial. In effect, so it works properly.
Please provide cost and time estimates on the above.
Thank you very much, 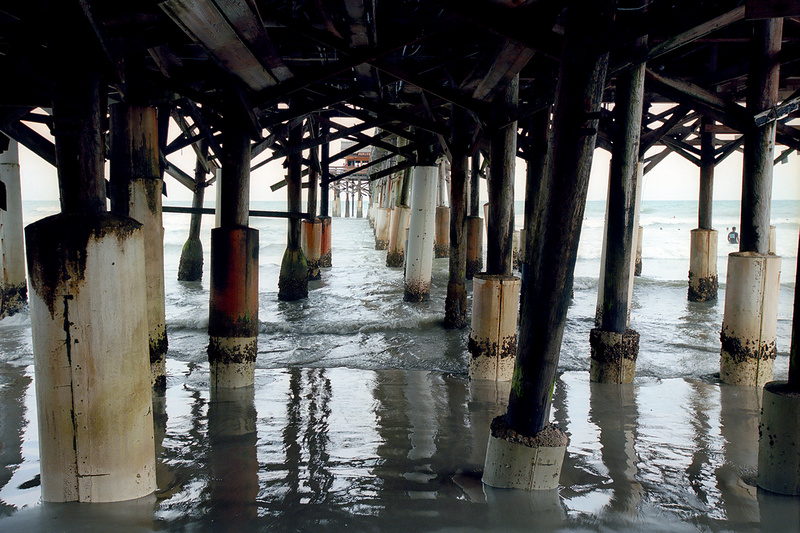 That puts us where we’re at now: waiting to hear back from service if they are able to perform the above.
I’ll continue to update this blog post as information progresses. In an attempt to help things go smoothly and well I’m following all protocol suggested by Nikon.