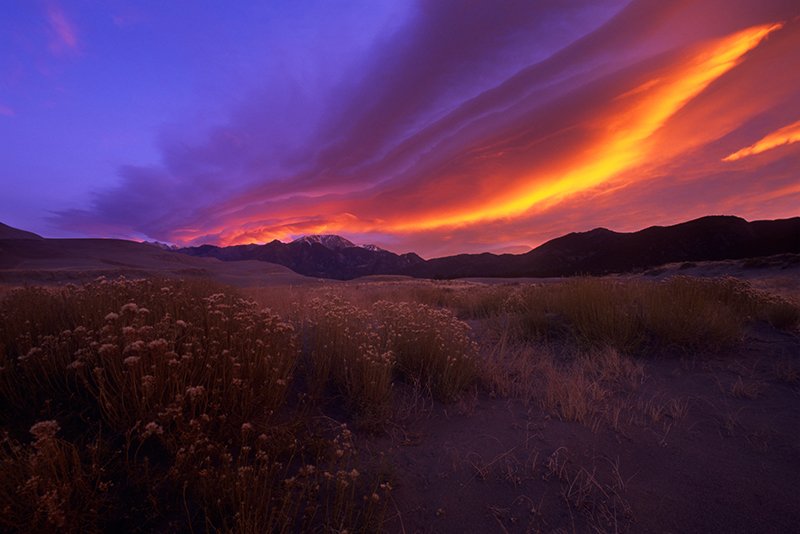 Having devoted considerable thought over the past few years as to why we as people make photographs I’ve frankly have come up blank. Who can explain why they make photographs? It’s fun to read the plethora of great essays by others, from the famous to unknown, presenting wonderful theories and insights. I’ve finally concluded however that I’m not sure it really matters beyond the simple truth; it pleases me to do so.

I’ve been making images since 11 or 12 years old, when I received my first Kodak 110 camera for Christmas, complete with the rotating flash cube on top of that tiny plastic body. I loved that thing. My next camera was a Canon AT-1, the manual version of the ever popular AE-1 and from the moment I held it I was a National Geographic photographer. Ruined for life. That was a good many years ago, and though I never actually became a National Geographic photographer, I’m still making images. I wonder what else we do during the course of our lives that stays with us like photography does? For me the answer is – not much. It’s one constant – besides my family and my faith – that has endured through the years.

I think maybe most photographers – especially film shooters – are optimists. A musician friend once spoke of “the hope of a picture” in reference to deferring the shooting and editing process to someone who understood – and had the creative and technical ability to realize – such a thing. One of the highs of photography for me is the possibilities. The camera is full of best case scenarios, creative potential and hope. One of my favorite photographers (and writers) Robert Adams once said, “The job of the photographer isn’t to record indisputable fact, but to try to be coherent about intuition and hope.” 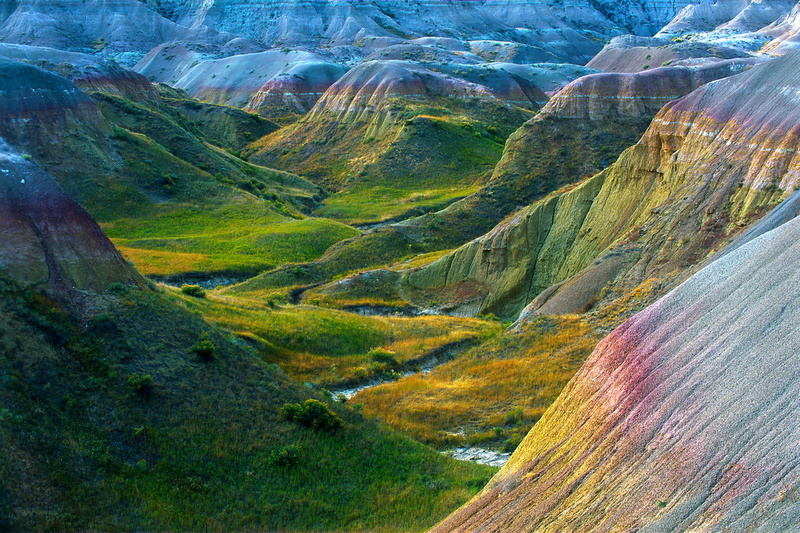 Hope. Every time I load a new roll of film I get a little thrill. It’s like a full tank of gas for me, the allure of that elusive “perfect frame” possibly hiding in every roll. Like a ‘Golden Ticket,’ hidden in only so many Wonka bars. Perhaps that’s one of the things that appeals to me most about shooting roll film; the focused flexibility required to maximize finite opportunity. The digital shooter might counter with some sort of volume equation – like, the more you shoot, the more likely you are to find that golden ticket. I’m not so sure about that..

Tomohisa IKENO, on the Nikon F6* design team, summed it as “the value of unique pictures.” He said, “With a digital camera, the number of pictures you can take is infinite, in the sense that there is no limit in the number of shots to take, unlike shooting with film. You don’t have to hesitate when taking pictures. Just release the shutter… But on the contrary, some photographers reject the prospect of such ease, as they desire a more careful, rigorous approach to making photographs. They want to treasure each picture-taking opportunity by etching their vision on film…a certain degree of respect to taking each great picture.” This careful, rigorous approach can go a long way towards fulfilling the “artist” struggling for a voice in each aspiring photographer.

National Geographic reported the number of digital photographs made in 2006 was 53 billion, in 2011 was 80 billion and in 2015 is projected to be 105 billion. That’s a lot of pictures made. And deleted. If you’ve ever visited flickr, it sure looks like randomly clicking 5-12 frames per second until you stumble onto something creative may seem to have replaced this “careful, rigorous approach.” But I believe as people we benefit from limits; boundaries. 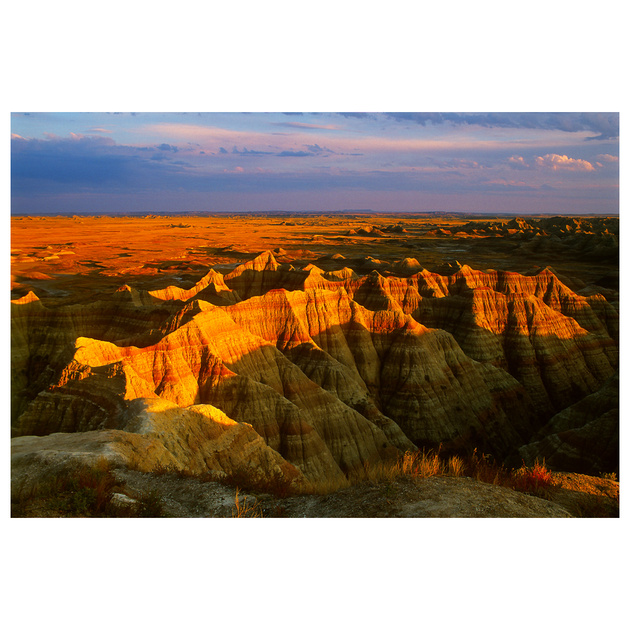 Boundaries: We pretend to love to hate boundaries. Truth is, though, while we may initially accuse boundaries of cramping our style, they can provide a more creatively satisfying approach through a thoughtful blend of methodical experimentation – with a little “wonder of the unknown” thrown in for good measure. Boundaries may not be mandatory in order to force one to think, but they certainly go a long way in helping us focus.

“…all art… operates within limits. Most painting are still two dimensional, most sculptures are still without sound, and most novels remain unillustrated. What this suggests… is that the limits of an art may contribute to its strength and that they are not to be regretted as much as used.” (p.86-87).

Whether you have 1, 10, 12, 24 or 36 frames  – you have that much-needed boundary; a governor to help steer your thinking into productive action. And in a counter-intuitive way, I’ll contend that boundaries even encourage intentional creativity.

John Szarkowski writes in the introduction to William Eggleston’s opus, Guide, “It’s not easy for the photographer to compete with the clever originality of mindless, mechanized cameras, but the photographer can add intelligence. By means of photography one can in a minute reject as unsatisfactory ninety-nine configurations of facts and elect as right the hundredth. The choice is based on tradition and intuition–knowledge and ego–as it is in any art, but the ease of execution and the richness of the possibilities in photography both serve to put a premium on good intuition.”

Good Intuition. Photography encourages a sort of focused flexibility; balancing logistical boundaries while remaining responsive to the nudges and pricks emerging throughout the creative session. The focused photographer then responds with method, technique, knowledge and bravery. I’ll suggest that all these things help train up “good intuition.” These are the things that make creative film photography a wonderful journey. Sure, there’s math and science involved too; you measure light, choose an emulsion based on creative goals (or whatever’s thawed from the freezer); you communicate through the machine’s knobs and dials your preferences on how best to approach the scene – knowing through intimate repetition how it’ll interpret and render your input. You view, you tweak. Rinse and repeat. Until you get it right. Until you get what you want. Until you’re released to move on to the next thing. 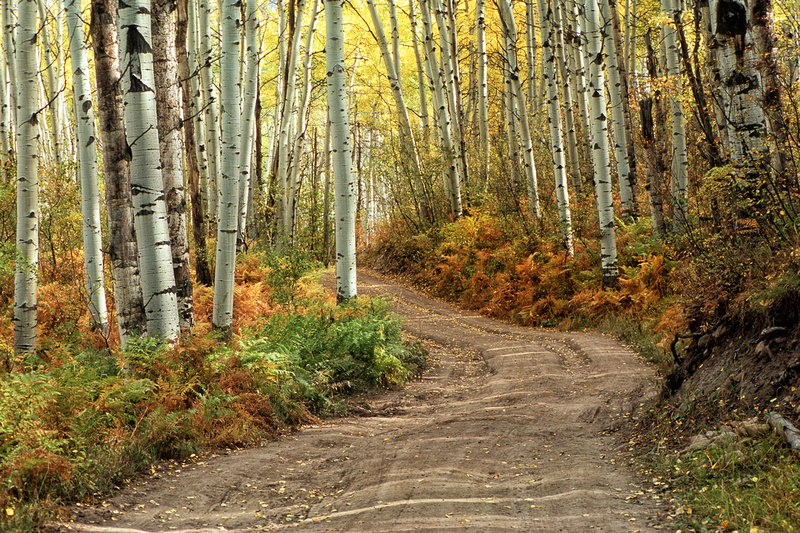 Again, Robert Adams: “Over and over again the photographer walks a few steps and peers, rather comically, into the camera; to the exasperation of family and friends, he inventories what seems an endless number of angles; he explains, if asked, that he is trying for effective composition, but hesitates to define it. What he means is that a photographer wants form, an unarguably right relationship of shapes, a visual stability in which all components are equally important. The photographer hopes, in brief, to discover a tension so exact that it is peace.” This “peace” usually isn’t the product of dumb luck, but creative intent.

This narrative began as a high-and-mighty dissertation on why people should still shoot film. Then I pulled up some digital images made on a recent outing and thought, you know what? It really doesn’t matter – beyond what your creative intent is. Digital photography has made me a better film shooter, and shooting film has helped hone my vision; my focus. For whatever reason, though, I’m always more creatively invigorated when I pick up my film camera (and I love the quality of the image. tangent: Image Quality is often talked about as only “high” or “low.” I think of Image Quality as a summary of the unique qualities an image possesses).

The way I see it life is one, big art project; sometimes even maybe like a beautiful tapestry: if you’ve ever viewed one of these intricately woven masterpieces from the bottom it appears chaotic;  threads running everywhere, patterns abruptly halting, isolated threads hanging down; far from beautiful. But if you flip that same tapestry over and view it from the top, it’s a masterpiece. 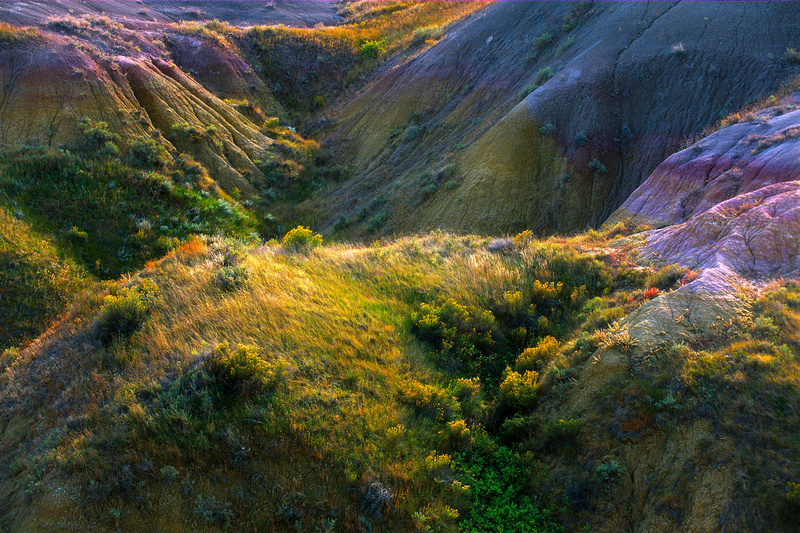 As an artist then, I think an important step in recording this “masterpiece in progress” is to find a tool – a medium – that speaks to your creativity. A while back I was listening to a radio interview with Booker T. Jones, the incredible musician known for his unique sound, created with the Hammond B3 Organ. He said about his discovery of the B3, “I found an instrument that I can speak through.” I think that’s really the key to a lifetime of fulfilling, creative photography: finding tools that encourage your unique vision. Then begins the process – as it did for me that Christmas morning long ago when I popped that flash cube on my new Kodak – of getting out there and creating your own tapestry. Though at any given moment the results may not appear to possess coherent attributes; some semblance of purpose or direction; don’t stop. You never know what it’s going look like from the other side.

And yes, it’s OK if your only reason for doing it is simply because it pleases you to do so. You’re in good company.