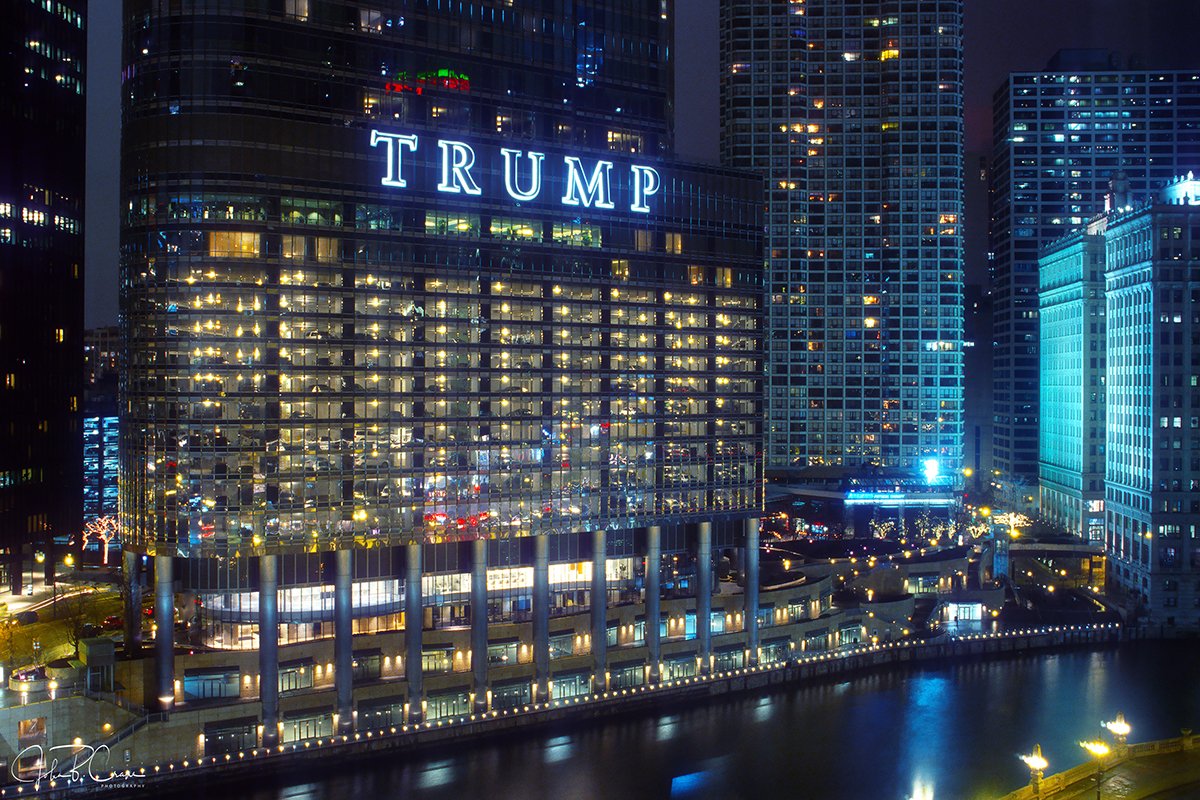 This past week, after much anticipation, I received back my first rolls of the new Kodak Ektachrome 100, exposed in Chicago over the Christmas holiday (thanks to Denver Digital Imaging Center). After all the hype and fanfare surrounding Kodak releasing a new chrome film this far into the alleged afterlife of film I was excited to see the results. Spoiler alert: the wait was worth it. You’re going to love the new Ektachrome 100, as I did when I saw the first frames come on screen. 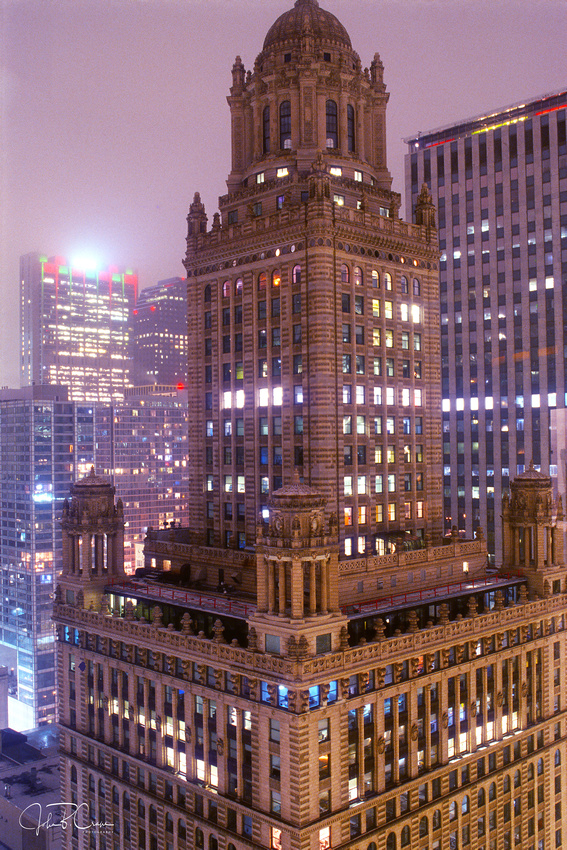 Color is what I’d consider to be fairly natural, with a definite warm bias – especially when contrasted to my (expired) rolls of the older Ektachrome 100G, which the new Ektachrome was reportedly based on. Grain is super fine – for all practical purposes, if you want to process the photograph so it’s grain free it doesn’t take much. It’s a very sharp, contrasty and punchy film but not like Velvia, or the more vivid, Ektachrome 100VS. The new Ektachrome is just right. Remembering you can always punch contrast up in Photoshop – it’s nice to have a more ‘normal’ base line starting point.

Reciprocity Failure: honestly, I didn’t do a whole lot of math here – I just bracketed. Here’s a link to Kodak Alaris data sheet for Ektachrome 100. If the frame metered at 10 seconds, I bracketed three shots. Typically the longer exposure was better – but it’s not an exact science. Exposure times and +/-EV is listed for each image. You can see the F6’s meter – once again – did an excellent job resolving the scene. Always manual, always mirror-up with cable release. 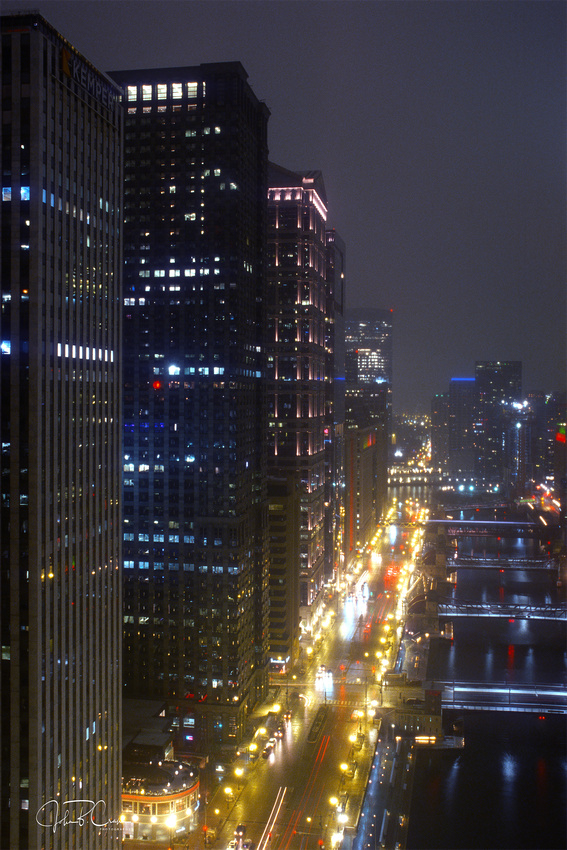 When I bought my F6 I’d already been familiar with the advantages of L-brackets, having them mounted on most of my other contemporary cameras (they’re not available for my older Nikons and consequently I find I don’t use them as much for this type of shooting). At first what I liked was the additional element of protection for the camera – against bumps and shocks, setting it down on a wet surface, etc. So outfitting the F6 with an L-bracket straight away was a natural thing to do. At the time I didn’t think, “now that I have an L-bracket I’ll shoot a lot more verticals.” But that is in fact what has happened.

Shooting verticals with an L-bracket is a snap. You simply mount the camera upright and shoot. Simple. And with a ball head and spirit level, it’s a snap getting the frame perfectly level too. There’s no contorting the stem of the mounting platform into the groove, and wondering if it’s really vertical because that’s as far as it will go. 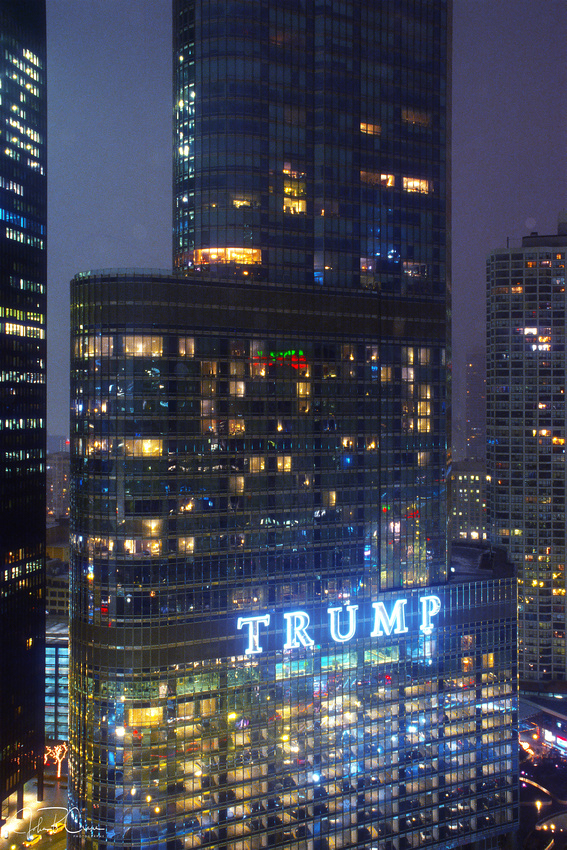 Another thing that just occurred to me… I’ve been trying to figure out instagram (show of hands.. anyone else?) and realized something important – at least in regard to viewing social media on your smart phone. Verticals are good again – better than horizontals. For the same reason people shoot video vertically (which drives me nuts) – when you look at social media on your smart phone there’s a pretty good chance you’re holding your phone upright – instead of on its side. When you look at images on your computer screen you’re most likely looking at them horizontally. But in social media, on your phone – it’s almost always vertical. This makes vertical photographs ‘in’ again.

These images were made with the famed Nikkor 35mm f1.4 AI-S manual focus lens, shot from the Penthouse of the Wyndham Grand Chicago River Hotel. Late one night I headed up the elevator to the Penthouse hoping there wasn’t any kind of event scheduled for the large, wide open room with windows all around and stunning views of the city. With the room found empty, the next challenge was trying to compose shots that didn’t include the few, random interior lights that I couldn’t find switches to turn off. At first I was composing frames that minimized reflected distractions, but it was getting in the way. Putting on my Macgyver hat I scoured the room for a solution and spotted a black table cloth. I found that by standing on a chair behind the camera and holding up this black table cloth the reflections in the windows were eliminated – the glass reflecting only black – which of course worked for the subject matter surrounded by night sky.

Make sure when you use any non-CPU lens with the F6 you set the profile up in camera. There will be a blog post about this in the near future. There was minor barrel distortion/pincushioning with these frames, but (very) minor and easily corrected using Photoshop’s Lens Correction filter and dialing in manual settings in the 2-4 realm. So not much at all.

If you’re looking at possibly shooting some of Kodak Alaris’ new Ektachrome,  you’ll be pleased. It’s a great film and I’m super excited to have fresh film stock now available. Thank you Kodak Alaris. And if you’re going to shoot in a city at night and reflections are a problem – pack a big, black table cloth in your tripod bag next to your cable release. You’ll be glad you did. And don’t worry too much about reciprocity failure unless you’re getting really crazy long exposures (longer than 2 minutes). Just use a good meter and bracket if in doubt. And get an L-bracket for your camera to make shooting verticals easier. Your social media followers will like you for it. If you’re a chrome film shooter wondering who to send your film to, look no further than Denver Digital Imaging Center. They’re friendly, reliable, fast and do great work. And finally, if you’re an F6 shooter, learn Custom Setting B5: Extended Shutter Speeds. It opens up new avenues shooting in dimly lit, long exposure situations.