One of the great joys of shooting and developing one’s own film is the ability to tweak and experiment. While it’s true one needs to be prepared to have experiments fail – it’s also true that when they succeed, it can introduce a new component to your shooting, furthering your unique creative vision. 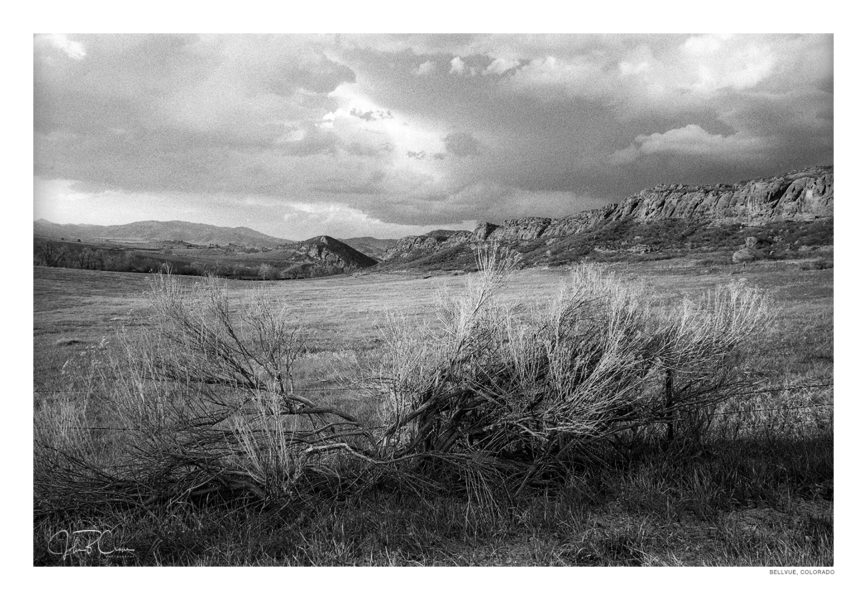 Initially I thought of this last roll of my favored Delta 100 as a bit of a toss-away roll. Having spent the first half of the roll playing, around frame 25 I found subject matter that may actually make a nice photograph.

When it came time to develop I decided to try Stand developing with Rodinal again. I’d done so a few times before with medium format film and it turned out well. Images are extremely sharp and contrasty, and a bit on the grainy side. This was my first attempt with 35mm.

From what I’ve read and what little I’ve learned thus far from personal experimentation – it sounds like slight underexposure is the rule. Without getting technical about Stand developing (again, limited experience), you essentially dilute the developer (not all developers are suitable) more than usual, then let it “stand” for a longer period of time, like hour(s), not minutes – with very limited agitation. Temperature isn’t as important either.

The idea is the developer that’s in contact with the film tires, and because of this – works more slowly to bring up shadow detail than it otherwise would when agitating-which puts fresh developer in contact with the film every minute or so. This ‘tired’ developer works slowly to bring up the dark areas of the neg and because it’s so diluted, in theory – avoids blowing your highlights. If you’re a Stand development expert and I just totally butchered the description please forgive the radical condensing and feel free to correct me.

I picked up a great e-book (Iridescent Light, TheArt of Stand Development by Michael Axel)  a while back explaining Stand developing and was immediately intrigued. I thought this would be a good roll to have another go at it because I didn’t think there would be many (any) frames worthwhile. 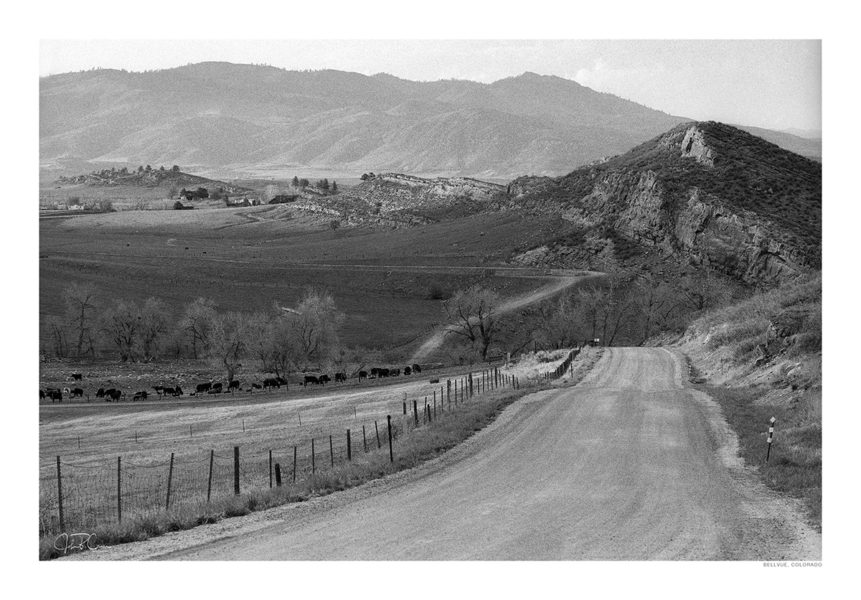 From one point of view, Stand development is easy. It requires little intervention once the process has begun. After the diluted chemical is poured into the tank you agitate as normal. After 5-10 minutes, agitate again. After that, set the timer on your iPhone and go find something to do for a while. It’s the “for a while” part that’s the unknown, and where the book really helps explain the variables. I had a lawn to fertilize and wanted to watch the news so I set my timer for 2 hours.

When the timer went off I poured, stopped, rinsed as usual. This roll began the practice of PermaWashing after a water rinse, and also saw me switching over from Ilford Ilfotol wetting agent (couldn’t find it anymore) to Kodak PhotoFlow.

As I always do when I hang my films to dry, I hold a light up to the strip and visually inspect all the way down. What I saw was a healthy, thick neg down the line. Encouraged, I knew I’d have something to work with in scanning and ultimately wet printing.

Pick up some Rodinal and give Stand developing a try. I guaranty you’ll learn something. Viva la F6, Viva la film.