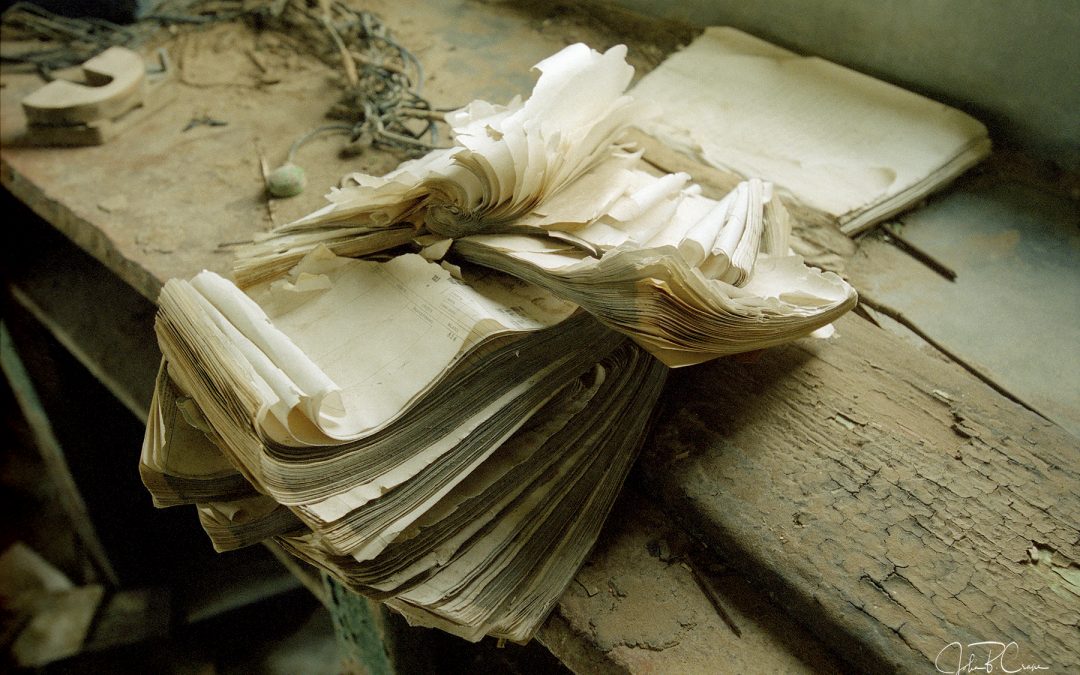 Old stuff is just better. Going through images recently I came across this one, made several years ago while prowling around Colorado’s eastern plains. I’d been focused on an old fire truck parked in the shade of the volunteer fire station for an hour or more. As is often the case, dogs were barking as I went about crawling and climbing around trying to find the right angles. When I was done I was just so glad to not have to listen to the dogs bark anymore all I wanted was to get out of there. I love dogs – but trying to concentrate with incessant noise not only is disrupting to me, but those in nearby homes. I always feel like I’m creating a ruckus when that happens; the quiet and privacy of a moment totally shot – because I am creating a ruckus, and that’s not OK.

Packing up and heading toward the main road I came across an old, abandoned filling station, the kind with the portal and pillars in front. I pulled into the post office parking lot nearby and climbed out to have a look. From the outside (never trespassing) I could see some interesting material through one of the broken windows, but resigned myself to settling for a few frames and noting the building for a future visit, then headed back to the car. As I opened the door a woman passed by heading into the post office. I excused myself and asked if she knew anything about this old building. “Why yes,” she said. “I own it. Would you like to have a look inside?”

She opened the front door and we entered a time capsule. With all the window glass broken, birds and a breeze accompanied every step over old automobile parts, oil, grease, rust and anything and everything else you’d find strewn about the floor of an old gas station. My eyes went straight to the work bench against the far wall I’d viewed from the outside. In the dimly lit shell of a room illuminated only by a few north facing broken glass windows, on the bench sat this old ledger.

Careful not to disrupt anything I’m sure she saw the twinkle in my eye when I asked if I could bring my tripod in and make a few photographs. Not knowing what all the fuss was about she happily obliged, simply asking if I’d close the door when done. For the next hour I became a student of this old book, wondering what history it held and how it came to be left here on the bench to decay.

Wind blew the pages during several exposures and though interesting, I felt it was more apropriate freezing the pages in time as the journal had been frozen for so long. Always mirror-Up, waiting for the breeze to lay down just long enough for the pages to remain still.

Playing with the framing a little I wondered if showing more of the debris on the floor would help or hurt the image. In the end I decided it didn’t help; instead focusing on the star of the show felt like the right thing to do.

I drove the two hours home so glad to have happened across the owner, thankful for her kindness and generosity. Also glad I had the F6 loaded with Portra 400. Sometimes things just work out.