Some times things just resonate with you. For me, when I shoot black and white film (which is increasingly more these days), I’m shooting Ilford Delta films. Choosing the film that fits your creative vision is a personal, important decision. Don’t let anyone else tell you one is “the best.” That’s something you need to decide for yourself. 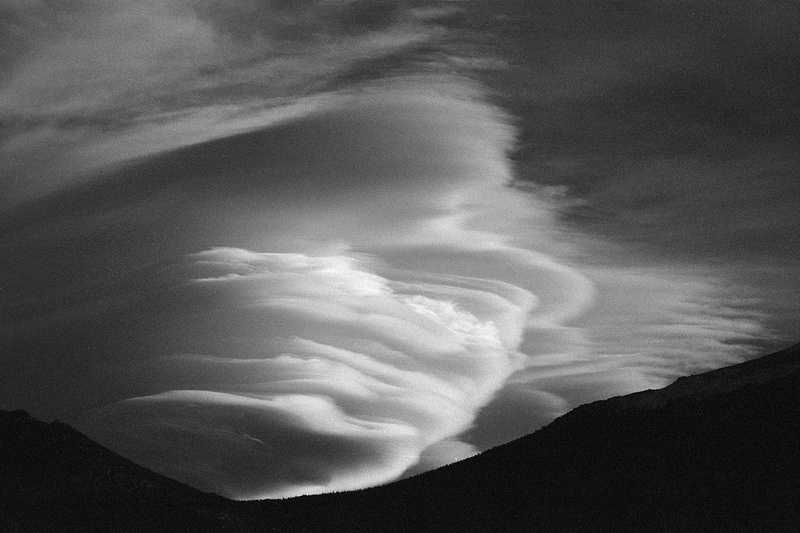 When I moved back to developing my own film I chose Ilford’s Delta 100 as my primary emulsion, and Ilfotol DDX as the developer. What I saw after developing my first rolls convinced me I should have done it a long time ago. The tones were smooth and deep. The grain was minimal but visible. The image was sharp and contrasty. And I had total control over it. What more could a film photographer ask for? Delta comes in three flavors: ISO100, ISO400 and ISO3200.

A couple of notes: I’ve been shooting a lot of Delta 100 recently with my Mamiya 645 and will use some of these recent frames in this review. Where the 645 is used it will be noted. Also – this web site isn’t sponsored by Ilford in any way. I’m not being paid to write what I’m writing – not that there’s anything wrong with that. These are my opinions, not sponsored marketing efforts. 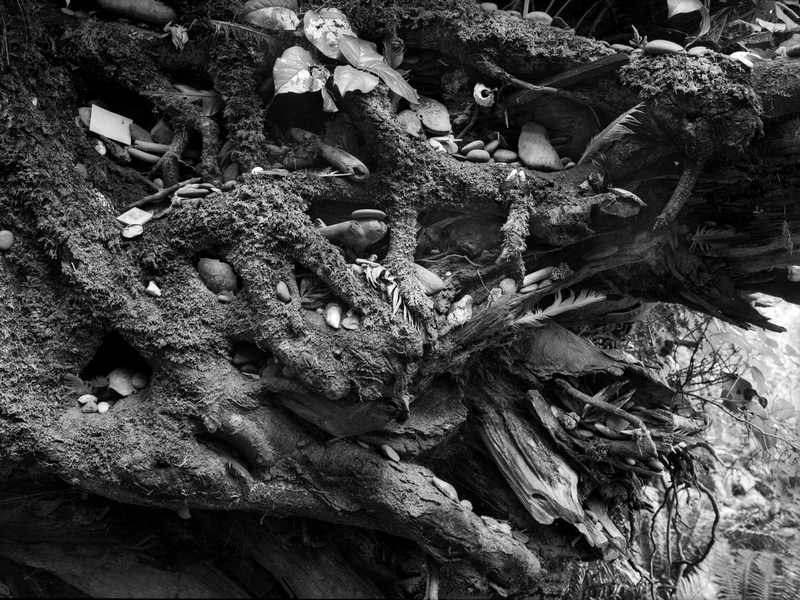 Shrine to Second Beach, Olympic National Park, Washington. It’s dark in Pacific Northwest rain forests, and I wanted a film that would help accentuate this – while still allowing incredible detail and tone. Delta was perfect for what I had in mind. [Mamiya 645 + Delta 100 developed in Ilfotec DDX] 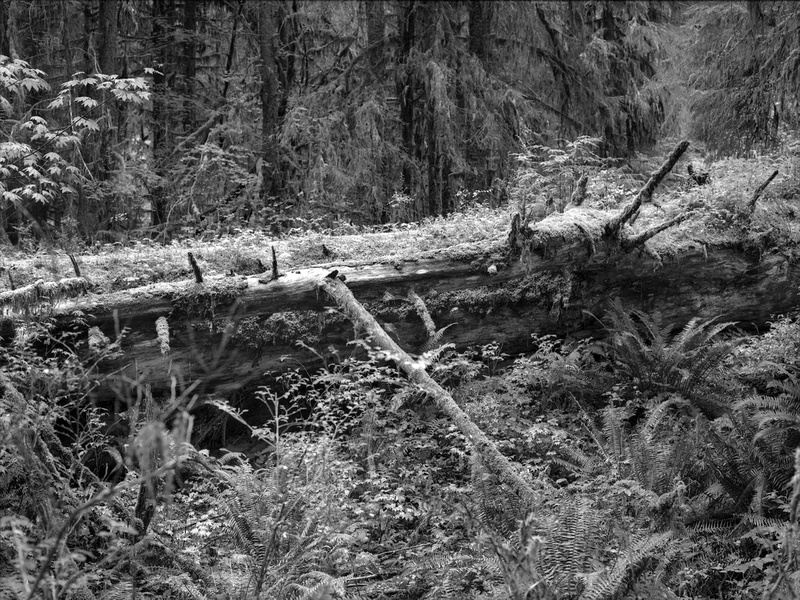 An enormous, fallen Western Red Cedar serves as the beginnings of a nurse log. Fallen and decaying trees can provide resources in greater abundance than the forest floor, accelerating growth in the highly competitive ecosystem of the Hoh Rainforest, Olympic National Park, Washington. [Mamiya 645 + Delta 100 developed in Ilfotec DDX] 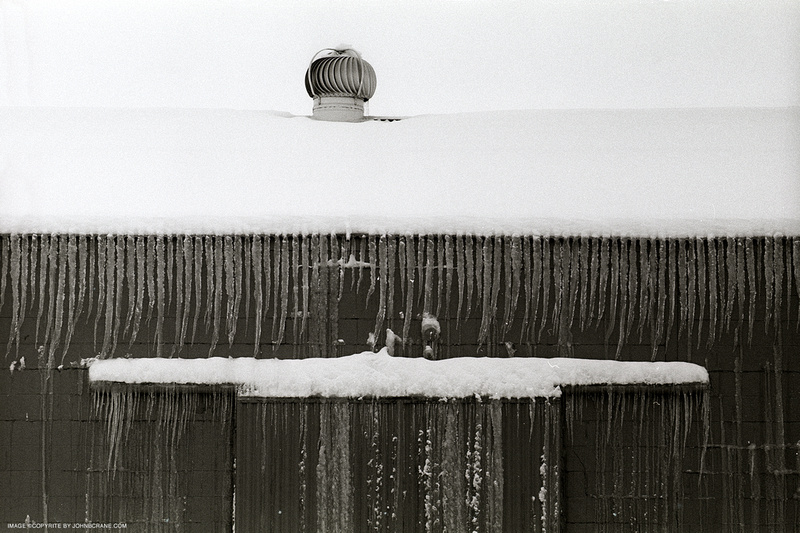 This from Ilford’s Web Site:

ILFORD DELTA 100 PROFESSIONAL is a medium speed, black & white film that uses our latest Core-shell™ emulsion technology to deliver superb image quality and maximum sharpness. Excelling in scenes that are detail rich, its exceptionally fine grain makes DELTA 100 the perfect choice for many applications or genres. Showing outstanding quality at its recommended rating of ISO 100/21°, DELTA 100 will also produce stunning results rated between ISO 50 and 200. DELTA 100 can be processed in a wide range of different developers using spiral tanks, deep tanks and automatic processors.” 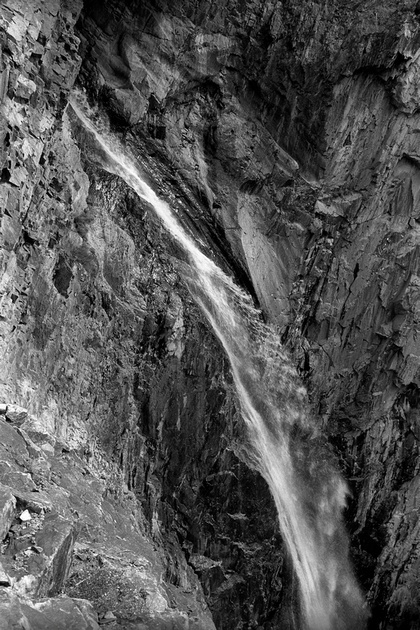 Delta initially attracted me with its punch. Sometimes when I look at a photograph I want to be punched, and Delta definitely made me take notice.

The contrast and deep blacks were just what I was looking for. Some black and white photographers tend to adhere to the “every shade of gray visible in the image” mentality – which is  fine, but sometimes when I look at an image that works too hard to honor the directive I’m bored to tears. The image looks – for lack of better term – wimpy. No backbone… too light, too tonally perfect, too boring. Like it’s trying hard to follow the rules; to do too many things mediocre instead of taking a stand; saying something.

Years ago I sat in on Joe McNalley and David Hobby’s “Flash Bus Tour” when it came to Denver. I watched Joe work with light and he said something that really stuck with me. “If you want to be sure to get absolutely perfect exposure across all zones, take a picture of a gray card.”

The way he used light was far more dramatic than ‘technically accurate’ by many other’s standards. And the resulting images were amazing.

Who says you can’t make a 60″ inch (5 foot wide) print with black and white film? This is the Chicago Lakes area from Summit Lake Overlook, Mount Evans, Colorado. Shot on 35mm Ilford Delta 100 then stitched as a panorama in Photoshop. What a great time to be a film photographer. [Delta 100 developed in Ilfotec DDX]

As I began moving back more towards black and white, I wanted some version of this approach for my work. Many of the films and samples I saw were just plain wimpy. Then I saw Delta, and the skies parted.

Some photographers complain that Delta is too contrasty. Controlling that contrast to make it work to your advantage is the challenge I find the most rewarding. For some shots it might not be the perfect solution, and for those shots there are other films like FP4+ or HP5+ that may be a better selection. I’ll talk more about them later. But my first choice almost always is Delta 100. Along with the contrast and its ability to make a bold statement, Delta 100’s ability to hold detail is nothing short of amazing. 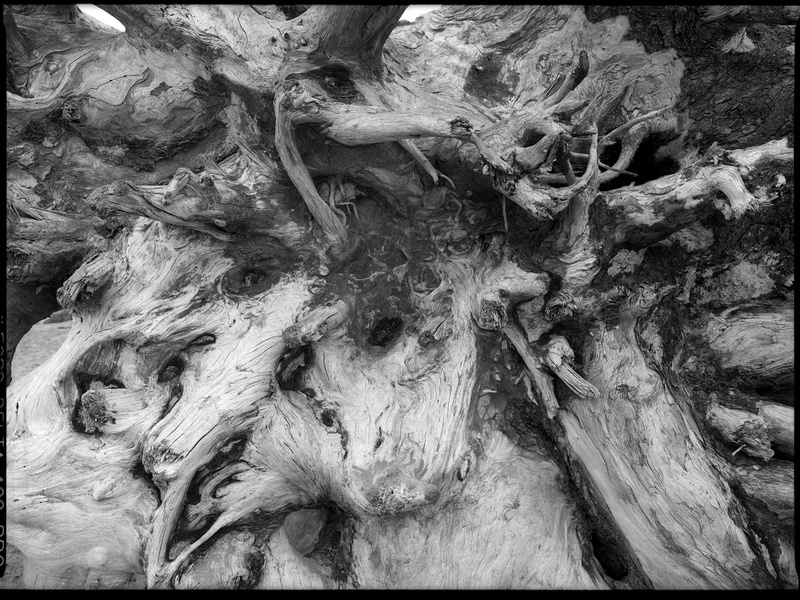 If we move off the neg and into how to actually get this image out into the world in a pleasing manner, that’s the fun part.

Bringing out different attributes of the film during developing is the next step. Ilford DDX was specially formulated for the Delta line of films. Again, from Ilford’s web site: ”

ILFORD ILFOTEC DD-X is designed to complement the ILFORD black & white film range in-particular the DELTA PROFESSIONAL films. It ensures a good balance of fine grain, sharpness and tonal rendition producing negatives which are easy to print and allow a high degree of enlargement.

Correctly exposed negatives developed in ILFOTEC DD-X have a full range of tones, with depth in the shadows, a smooth transition through the mid-tones and bright detailed highlights.

Supplied as a liquid concentrate, ILFOTEC DD-X is typically diluted at a ratio of 1:4 for one-shot use. For greater economy, it can be reused but image quality may be reduced slightly. I use DDX at the recommended 68°, for 12 minutes with Delta 100. Sometimes I’m at 65° and run it for an extra minute and a half.

Scanning a frame of Delta film is pretty straight forward. As typically is the case, when I scan Delta myself I set the tone curve for the most flat interpretation of the frame as possible, intending to let photoshop set the black and white points. I don’t want the scanning software to set those points for me. More about that later. 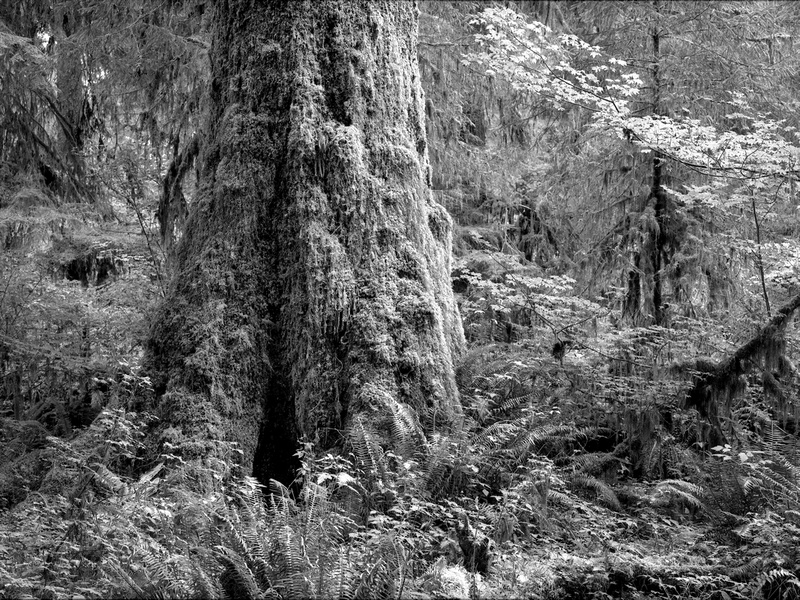 Delta 100’s capacity to record and present detail is nothing short of astonishing. Here, a massive colony of life is represented in this scene of mosses and epiphytes (plants growing on other plants without harming the host) clinging to a gigantic Sitka Spruce in the Hoh Rainforest, Olympic National Park, Washington (2017). [Mamiya 645 + Delta 100 developed in Ilfotec DDX]

Because I like a lot of black in my images images (and for other reasons), I’ve moved back to wet printing in the dark room. Ink jet printers are great for some things but when it comes to printing dark prints I find the black areas clog up a lot. Probably because I haven’t perfect the right technique… who knows. But at the very least, I use a lot of black ink. When making silver prints there’s no ink – just the dark tone of the paper when exposed to light.

Variable contrast filters are your friend when it comes to printing – especially high contrast negatives like Delta. More about that later.