Can it be done? Yes! Here’s the story:

The other day I was on an assignment and pulled a rookie move. I became so preoccupied talking and laughing with the client, fiddling with light – diffusion panels to knock the sun down; fiddling with power levels on the SU-800 and SB-R200’s  – that I forgot to change the ISO after previously shooting a 400 speed film. I don’t typically use the DX setting  – preferring instead to set ISO manually, especially when using custom rather than rated ISO’s. I realized my mistake halfway through the roll and was pretty embarrassed – though the client never knew.

I decided to continue on, hoping the lab would bail me out, and was blown away by the results. They were perfect. Kevin at Digi-Graphics said, “I’ve never pushed Ektar 2 stops before but it’s great film. It should be just fine. If it were junk film not so much. Who knows… this might be exactly how you should shoot Ektar…” 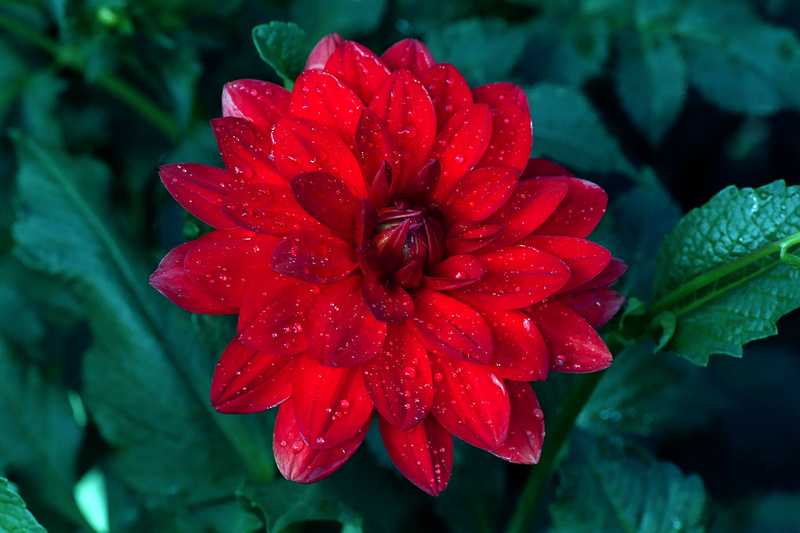 Angels of 7a, Water Lilly Dahila

As it turned out, those were prophetic words… with a few caveats.

These images are scanned in using the Nikon LS-5000 and VueScan. I ordered prints with this roll – something I don’t usually do – and they were awful – unusably awful – the red channel completely flooded blocking up the center of the flower in one, big, featureless blob of red-ness. When I saw the prints I thought, “Uh-Oh… I’m busted” and the negs sat on my light box for nearly a week as I mulled over what to do. I’d also made a few digital frames as back-ups and began considering tweaking them into what I wanted for the final images.

Last night I took another look at the negs on the light box with a loop. I could see plenty of detail in the red regions of the film and thought what the heck, it wouldn’t be the first time the prints were disappointing but the images were still good. I sat down and started scanning and was – once again – blown away by what film does. Even though the original prints were unusably awful there was plenty of information there. The question was, how to get to it. A little VueScan magic did the trick. Switching to Manual mode I began adjusting values in the red channel for scanning. Turns out about half of the standard setting did the trick and all that lovely detail began to reemerge.

Light:
The F6 has the unique ability among other film cameras to leverage Nikon’s Creative Lighting System and this was a perfect opportunity to see what the R1C1 Close-up Flash kit could do. The flowers were in direct sunlight, so a diffusion panel was used to neutralize the bright, Colorado sun. The SU-800 Commander head was mounted to the F6 and set to an even 1:1 Group C, Channel 1. I typically use Group C for my Macro work because Groups A and B are used more often for the SB-800 and 900 for more common lighting tasks. The Flash Sync Mode on the F6 was set to “Slow,” and the Sync Speed (Custom Setting Menu item E-1) was set to 1/250FP allowing sync speeds greater than the 1/250th of a second using Auto FP High Speed Sync. The SW-11 Close-Up Adaptors were used to position the light extremely close to the center axis of the lens, providing a very mild, straight-on, diffused light source, but perfect for picking up reflected detail in the water droplets. The goal was natural-appearing lighting with that little extra something. Though it hadn’t rained in a while, I flicked some water on the leaves, then hit it with a spray bottle for a little extra sparkle on the petals. 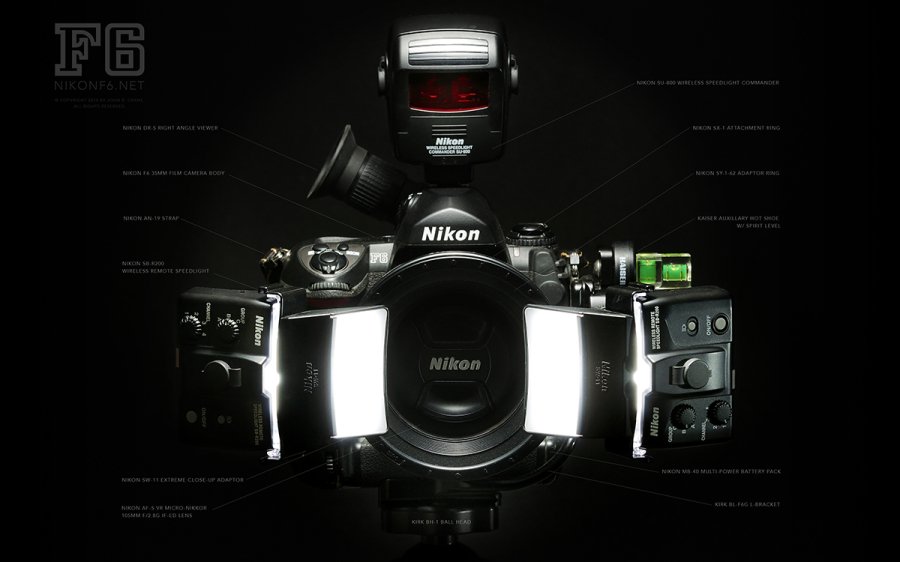 I’ve said before but it bares repeating: the Creative Lighting System is indeed one of the unique attributes of the F6 causing it to stand out amidst other film cameras. At the end of the day photography is largely about how light interacts with medium. Being intentional then about how to use that light is one way to direct, or shape, the contents of the frame. In the spirit of Tomohisa Ikeno “Value of Unique Pictures” discussion (please click here), the more I shoot the F6, the more interested I am in exploring the unique images it’s capable of.  Nikon’s CLS figures prominently into that exploration. 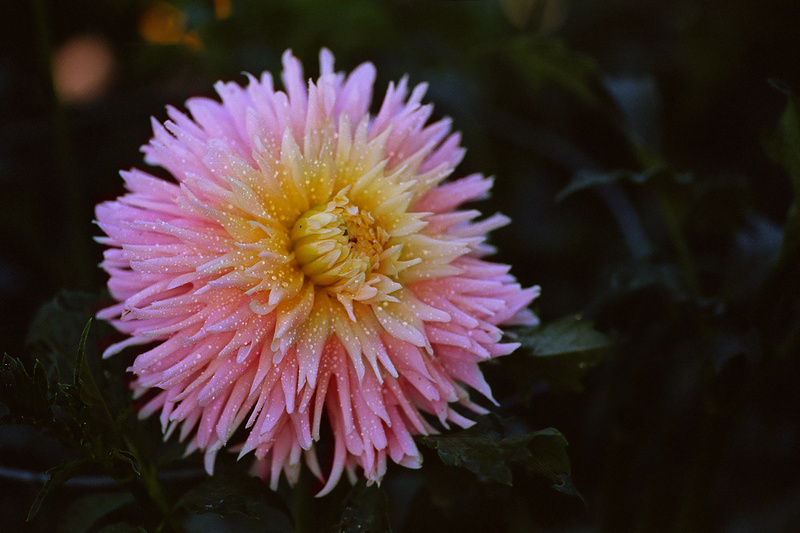 Just Married, Lacinated-Cactus Dahlia. This image shows how well Ektar’s grain held up despite the 2-stop push. Incredible detail is still within its grasp.

As it turned out, shooting Ektar at ISO400 – while not something I’d have thought to do intentionally – produced great results. It allowed working with higher shutter speeds to combat a slight breeze shifting the flowers ever so slightly. Pushing Ektar also amplified the natural tendencies of this already vivid, contrasty film.  “Yup. Pushing a color film increases grain, saturation and contrast at the expense of latitude. Pushing an already saturated film super saturates it,” said my buddy Eric, well versed in matters of darkroom chemistry. Given that Ektar is already a finely-grained film, the increase in grain is nominal, if noticeable at all. But the increase in saturation is very noticeable – and to a lesser degree a bump in contrast may also be seen. This explains the flooding of the red channel in the initial prints.

These images are directly out of VueScan with no adjustment to color or contrast at all. Normally when scanning Ektar there’s a certain degree of color adjustment required to get the images looking right to my eye. Here – they just jump off the screen with no adjustment what so ever.

So in case you ever need to push Ektar, do it with confidence. It works great. Just be mindful when you go to print the images that you adjust the color properly. The resulting super saturated images may exceed most printers’ ability to reproduce the results. This I know for sure: I’ll be shooting my next roll of Ektar at 200 and pushing it a stop to experiment. Who knows… I may have just stumbled bass-ackwards into a new look.