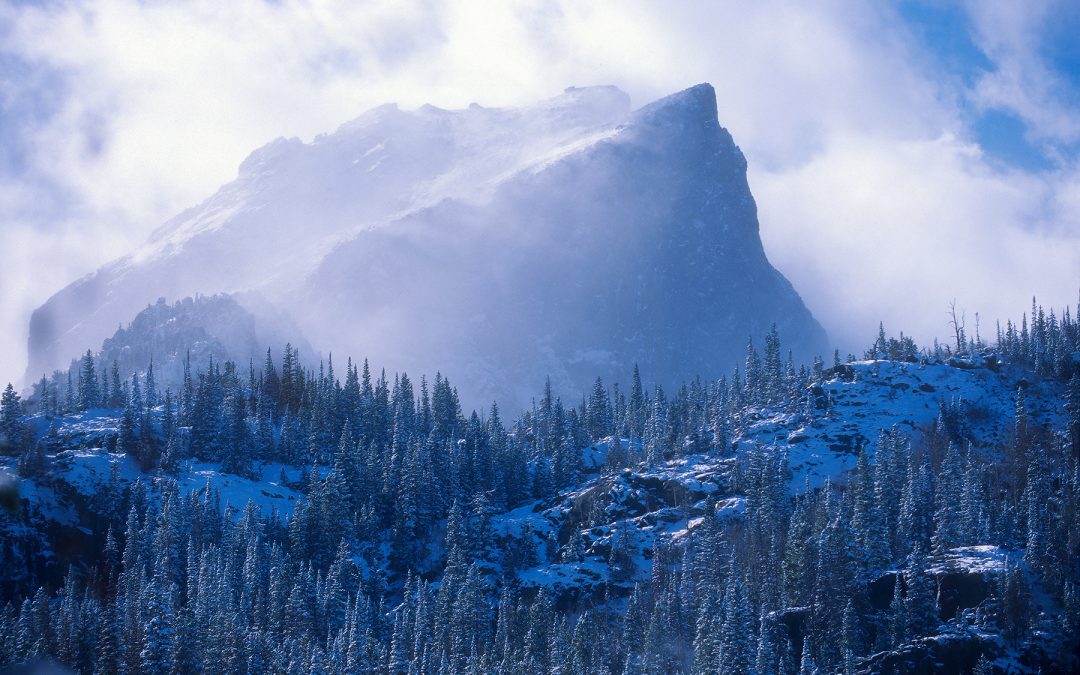 It’s January 1, 2020. Not just the beginning of a new year, but a new decade. Tonight in the local news (well, not exactly news… in Colorado it’s Kyle Clark’s NEXT-we watch him every night and love the program) – the question was asked what things you’d like to leave behind from last year or previous years as you move into this new decade. For me, the answer was deceptively simple.

Our son is a Communications major in college and is about to take his first Photo Journalism class. His used D7000 was becoming a bit worn and after briefly consider bequeathing him one of my prized F2’s (there’s still time for that…) I realized what he really needed (and wanted) was a better digital camera.

My D3s has been a good camera for 10 years. But over the last 4 or 5 has seen less use each year as I double down on my commitment to film and my shooting preferences and style evolve. After a brief discussion with my wife it was clear what to do.

His delight Christmas morning was not feigned and I knew we’d made the right decision. But it wasn’t until watching our news program tonight that it hit me: After slowly increasing my commitment over the past several years to a film-only approach to photography, I’m beginning a new decade newly, wholly committed to approaching every photographic situation with film.

This isn’t relegated to simply one format or one camera, but several. Crazy? Maybe. But I love the purity of it. And idealism certainly isn’t the last word used to describe me by those close to me.

Isn’t it OK to admit that photography is more than recording photons? I mean, if absolute literal interpretation is the name of the game – why bother? Who cares? “Just the Facts, ma’am” doesn’t really cut the mustard. Photography is infusing your slant, your spin – on what you’re seeing and recording; interpreting… whatever – in a way that says something about the scene before you. Not being afraid then to make a statement – to unabashedly express your creative intent through your frame – is what photography is all about.

OK leaving ethereal realm and re-entering practical realm. Yes, it’ll mean some assignments will have to be turned down. One of those is low-light shooting in indoor venues for our church, for example. But there are up and coming youngsters equipped with the newest mirrorless cameras – and a passion to learn who will more than fill any voids.

Last night I had a dream. My son came to me in the dream apologizing and handing the camera back to me, citing audio noise as the main reason. This made me sad. When I told him the dream the next day he laughed, saying he had no intention of using that camera for video work – and no way would he ever part with it.

As 2020 begins and anything is still possible for the year, here’s wishing you all a happy, photo-filled year and decade ahead. Thank you for visiting the F6 Project, and for baring with me as I get its new incarnation off the ground. Hoping for great things in 2020. 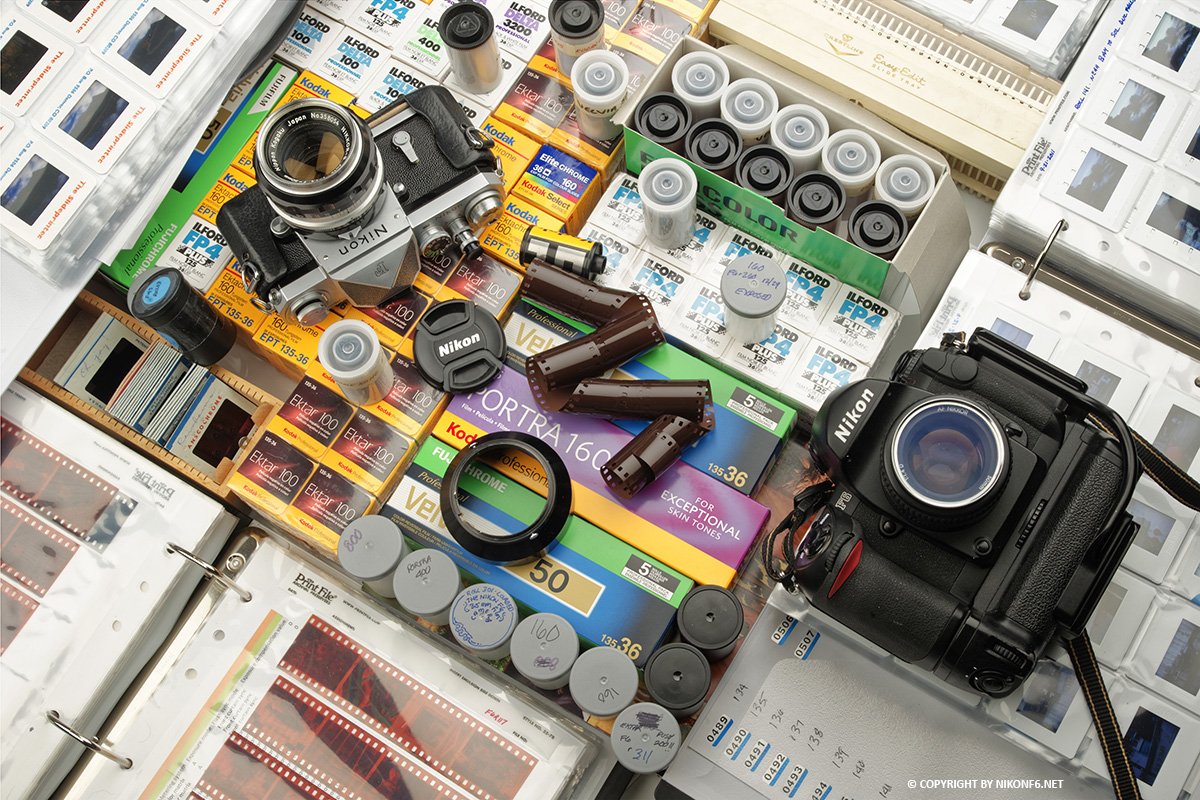 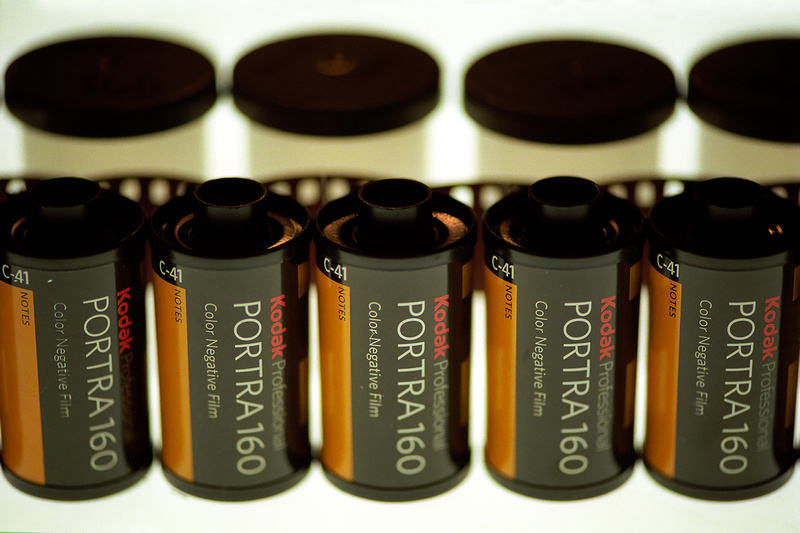 Flying with film doesn’t need to be complicated. Plan ahead, be nice and follow a few, simple tips and you’ll wonder why you ever thought it was so intimidating.

There are many film shooters who might be reluctant to fly with your favorite film camera packed for the simple reason that flying with film is too complicated or difficult. I’d like to propose that it’s not as much as you think, and the benefits are worth the perceived cost. Having just returned from a trip to Chicago, recording some information and fresh insights seems like a good idea.

The questions have been asked millions of times: can film go through the x-ray and survive? Do you put your film in a checked bag, or carry it on the plane. Here is what I’ve learned in my own research from different sources including Kodak and Fuji, and from my own personal experience. 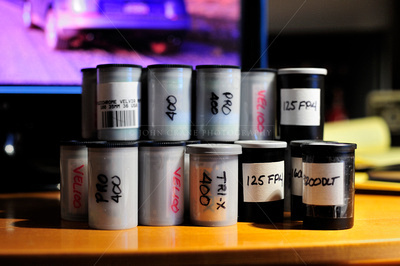 Removing your film from original packaging in the hopes of cramming more into whatever case you’ll carry is a bad idea.

Always ‘carry on’ your film, and ask a TSA agent to hand inspect it. Here are a few tips:

I put my film in a small, black, zippered, padded case made by Eagle Creek Travel Gear. It fits 24 boxes of film perfectly. I always leave my film in its original packaging.

Years ago on a flight to Haiti I made the mistake of removing all the film from its boxes to be able to fit more film in the case. When TSA opened it they had to swab every single canister of film for gunpowder residue, which is protocol.  This took forever and I could tell they were a little exasperated by the whole thing. 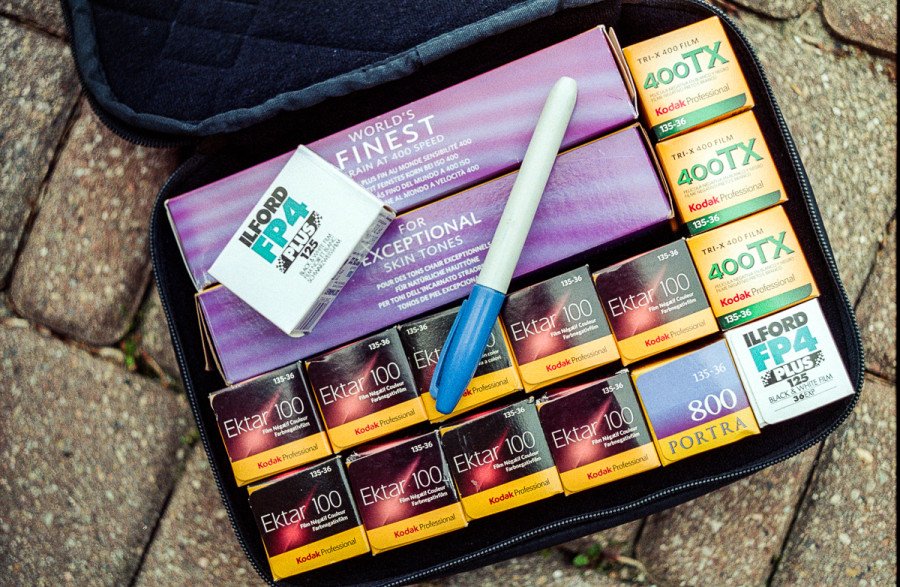 Nice n’ neat. When the TSA agent opens the zippered case to see the contents they’re met with original packaging, clean organization and a speed of ‘high speed’ film right there in front.

Now I leave all film in its original packaging. While it’s true I can fit less film in the case – I still have more than enough for my needs. When TSA opens the case and sees the nicely organized, neat, clean original packaging they’re far more willing to visually inspect, swab a few boxes, and call it good.

My experience has been that TSA agents actually seem happy to break away from the grinding line of scolding people for putting to many items in a bin or being frisked – to step over to their table and investigate this neat, clean package for a brief moment. It seems to give them a break. It goes without saying that smiling, being polite, courteous, respectful and patient is good human behavior where ever you go – especially when someone has the power to either make your day miserable – or easy. Choose easy. Be nice.

Occasionally I’ll have a TSA agent tell me film doesn’t need to be hand inspected if it’s not ‘high speed’ film. Rather than getting into a discussion about what constitutes ‘high speed’ film and arguing the counter points there in line (see below) – I simply add a few rolls of super high-speed film to end the debate. If they care to open the case and check, they’ll see ISO3200 film front and center.

What may not be common knowledge is that x-ray scanning is cumulative. So if you allow your 400 speed film to pass through x-ray on the first leg of the journey it will probably be fine. But if it then passes through again, and again, and again – the effects of x-ray build up and at some point it fogs. I don’t know exactly what the point is. 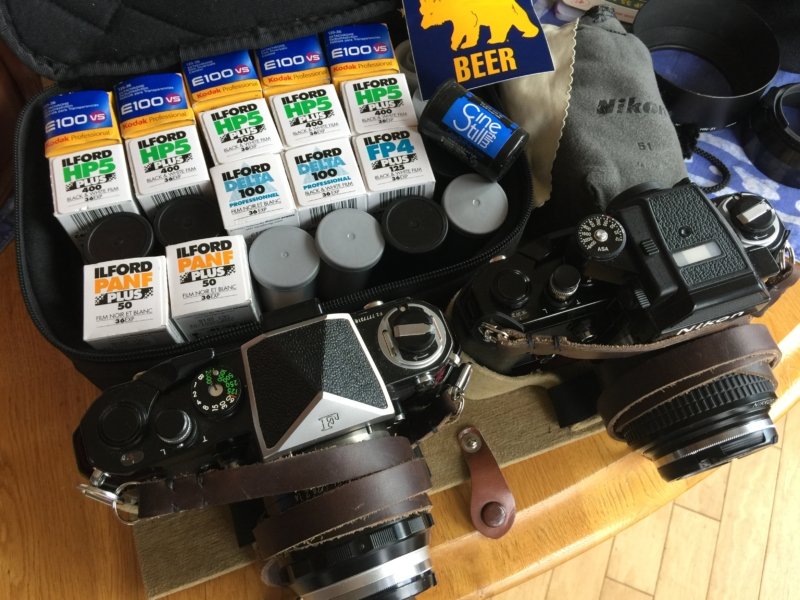 Empty the camera before sending it through x-ray. They will not hand-inspect the camera so whatever you have in it is going to get x-rayed. There’s no way around this. Best to simply fire off your final frames, remove the roll and tuck in your case for hand-inspection.

If you follow these simple guidelines there’s no reason why you can’t fly with film. It does represent an additional step, compared to simply using a digital camera – but if ease were the main goal we probably wouldn’t be shooting film to begin with.

So why go through all this? Why not just bring a digital camera and be done with it? This year my son went to Latvia for the summer. I remember having the conversation with him prior to leaving about his choice of camera. I offered one of my film Nikons, reasoning it was a once in a lifetime opportunity and he might be glad of something besides his iPhone. It turned into a rather comical skit of millennial vs. whatever I am (Boomer, I suppose). I let it go. A few weeks after he arrived in Latvia we were Face-timing and he admitted he’d made a huge mistake. Upon returning home he bought his first camera – a digital camera – but hey – baby steps, right? At least it was a Nikon. My point is, the trips in our lives come and go. The afterglow of a trip can last for many years if not a lifetime. The question I ask myself when getting ready to travel is, what gear is going to provide the results I’m most satisfied with a month or year after returning. The answer is always film.

Hope that helps. E-mail me with any questions or comments about your experience flying with film.